The word “biocitizen” is a contraction of “biotic citizen,” a term and idea conceived by Aldo Leopold (1887–1948) who is widely celebrated for conceiving the “land ethic.”

A thing is right when it tends to preserve the integrity, stability, and beauty of the biotic community.
It is wrong when it tends otherwise.


A biocitizen enacts the land ethic in everyday life, behaving as a “plain member and citizen” of a biotic community that “include[s] soils, waters, plants, animals, or collectively: the land.”

Modeled after Aristotle’s Lyceum, Biocitizen is a walking school. It promulgates the land ethic through Field Environmental Philosophy a learning process we call Wonder > Connection > Stewardship. It serves to helps us 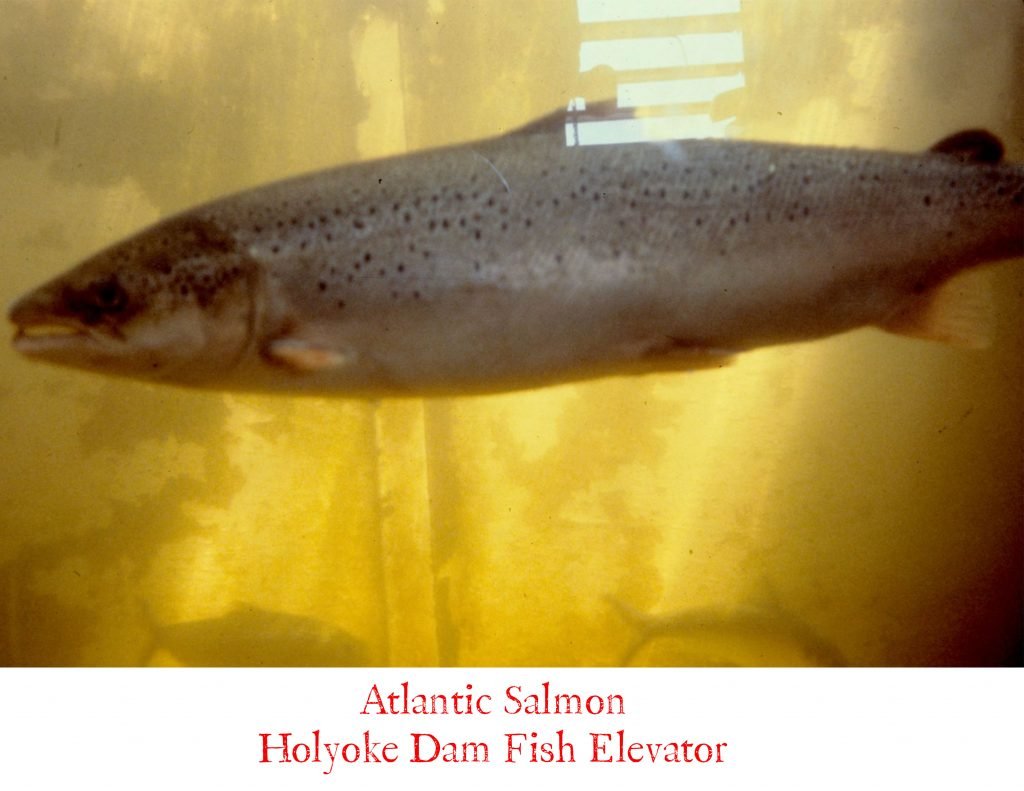 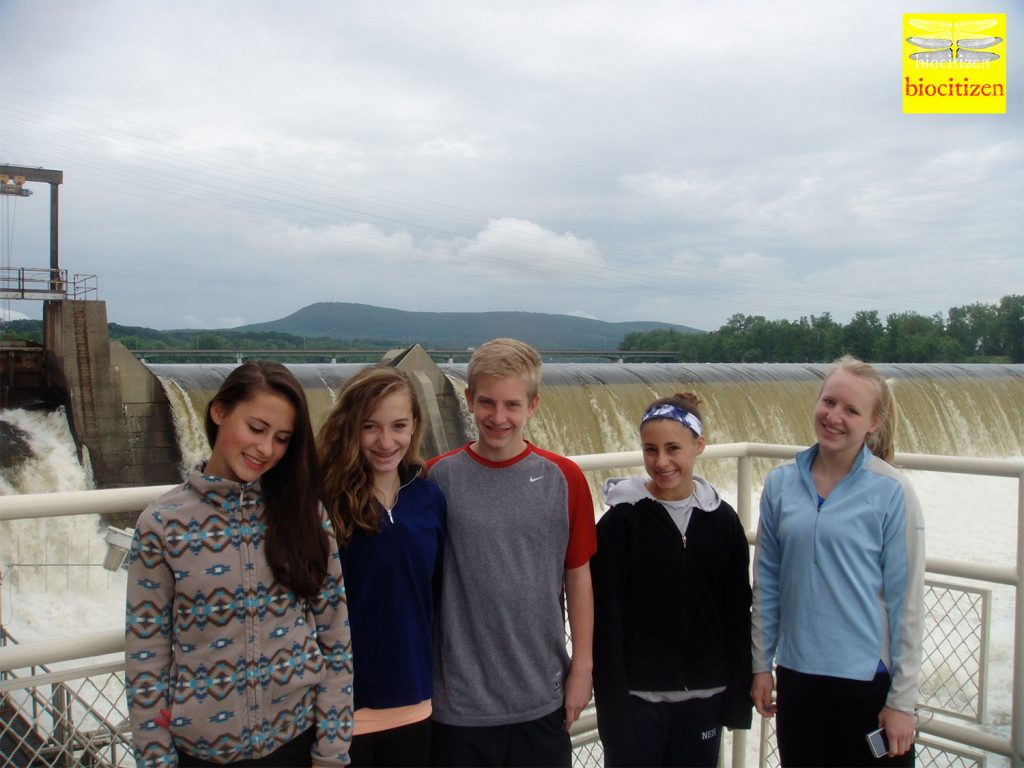 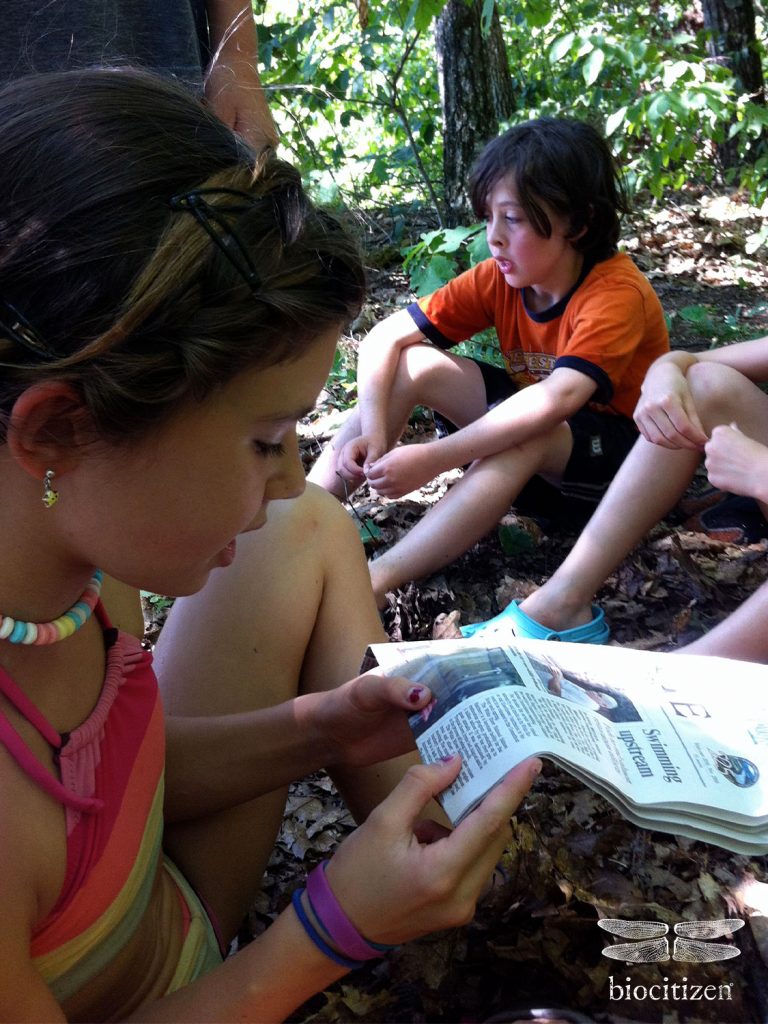 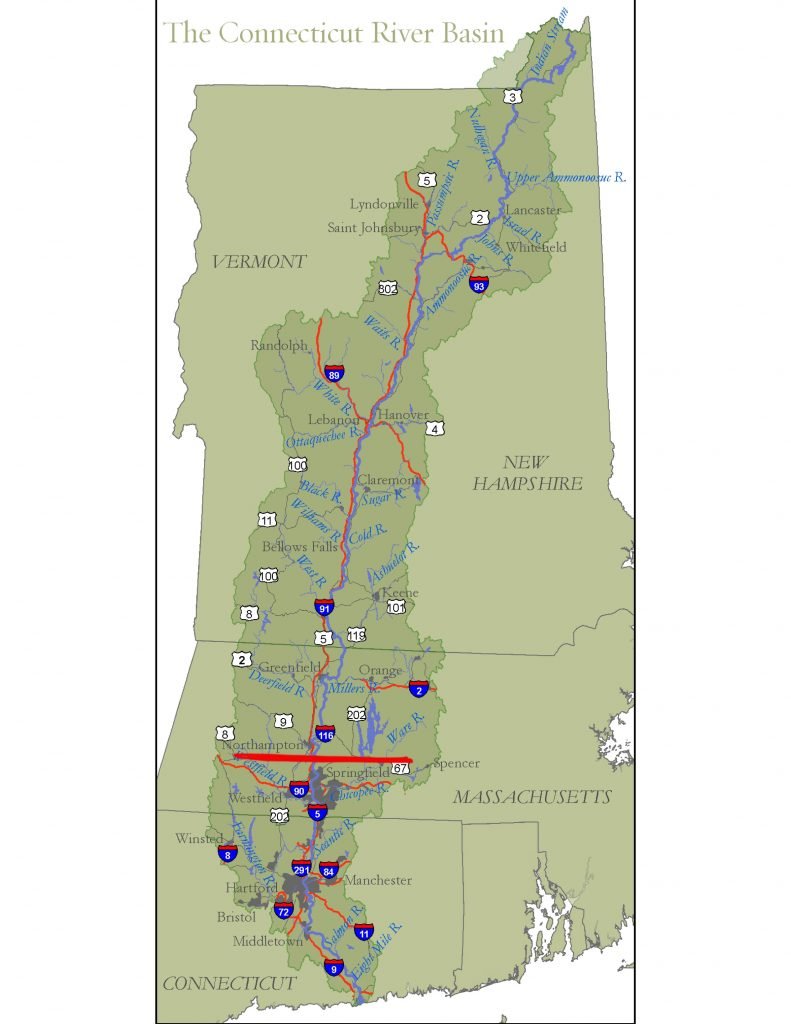 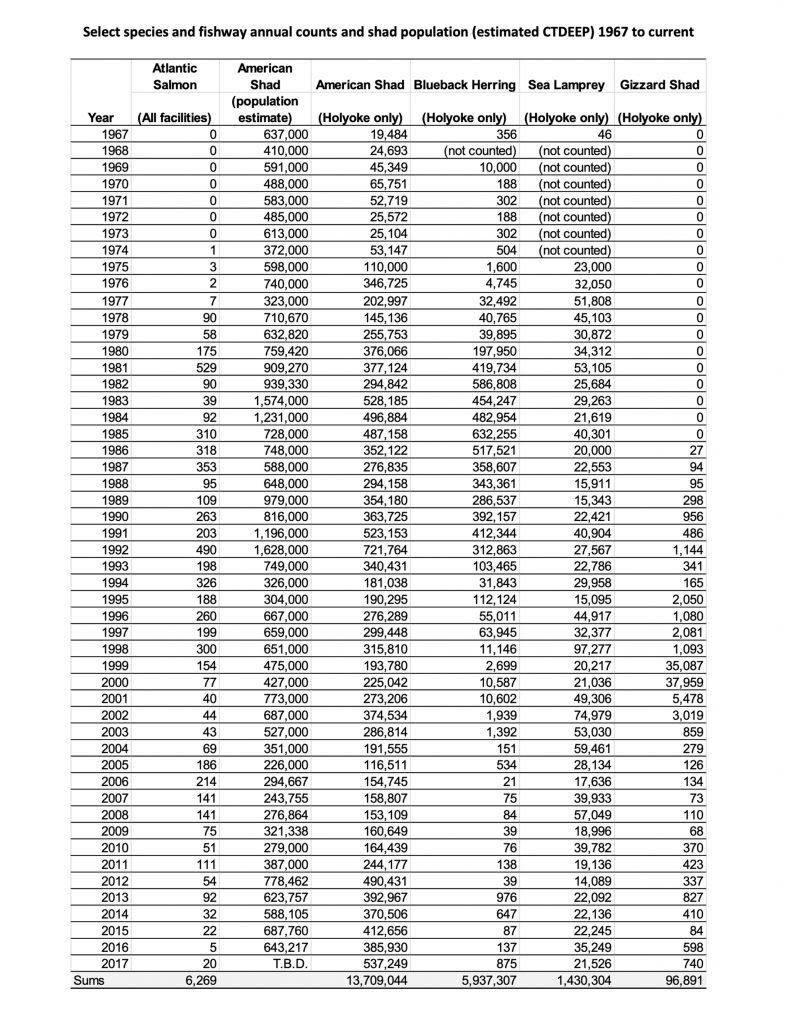 
“When the English established themselves on the banks of the Connecticut, there was in the river and tributary streams, in the proper seasons, a great abundance of shad, salmon, bass and other fish, such as the Indians had long used for food” (Judd 313).

“The falls of rivers were great fishing places in New England, for the Indians and the English” (Judd 315).

“Shad never ascended Bellows Falls at Walpole, nor could they ascend the falls of Chicopee River. Salmon passed up both” (Judd 314).

1685: Agreement btwn Springfield and Northampton to allow Northampton fishermen to fish below the falls. “The fishery was then thought to be of some importance” (Judd 316).

1700: “Salmon nets began to appear before 1700, and some salmon were salted in casks by families before and after 1700. They were seldom sold, and the price in Hartford in 1700 was less than 1 penny per pound. Fish were so plenty in the Connecticut and its branches, that laws were not necessary to regulate fishing for a long time” (Judd 314). 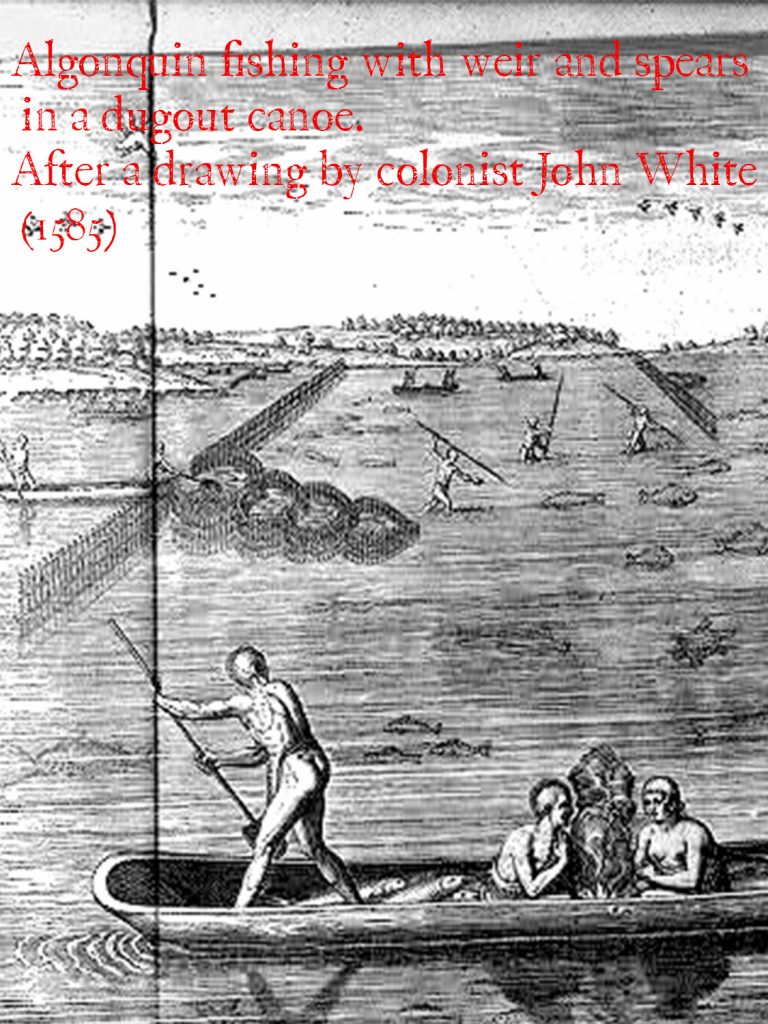 1739: “Brookfield petitioned the General Court of liberty to make a passage for shad through the bars of rocks across the Chicopee River in Springfield, so they might come up the river into the ponds. Springfield opposed, and liberty was not granted” (Judd 314). 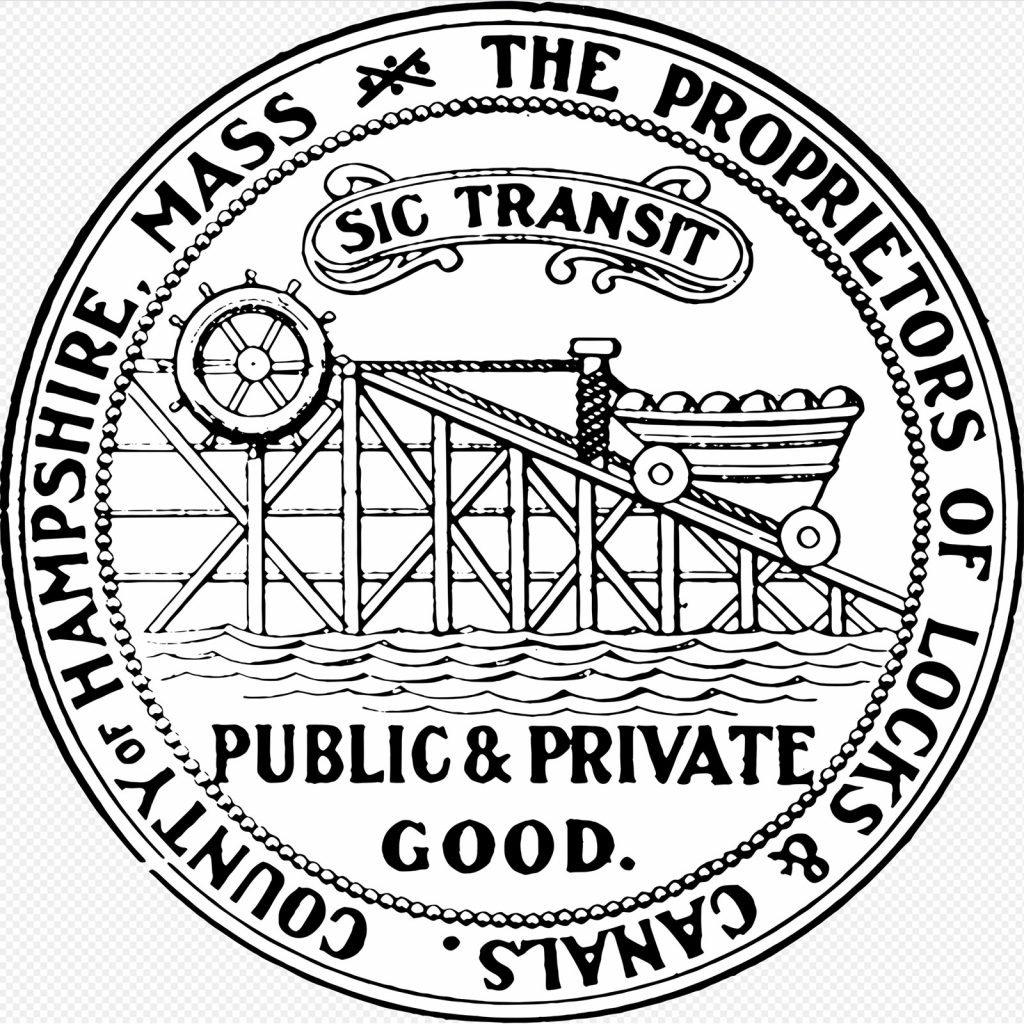 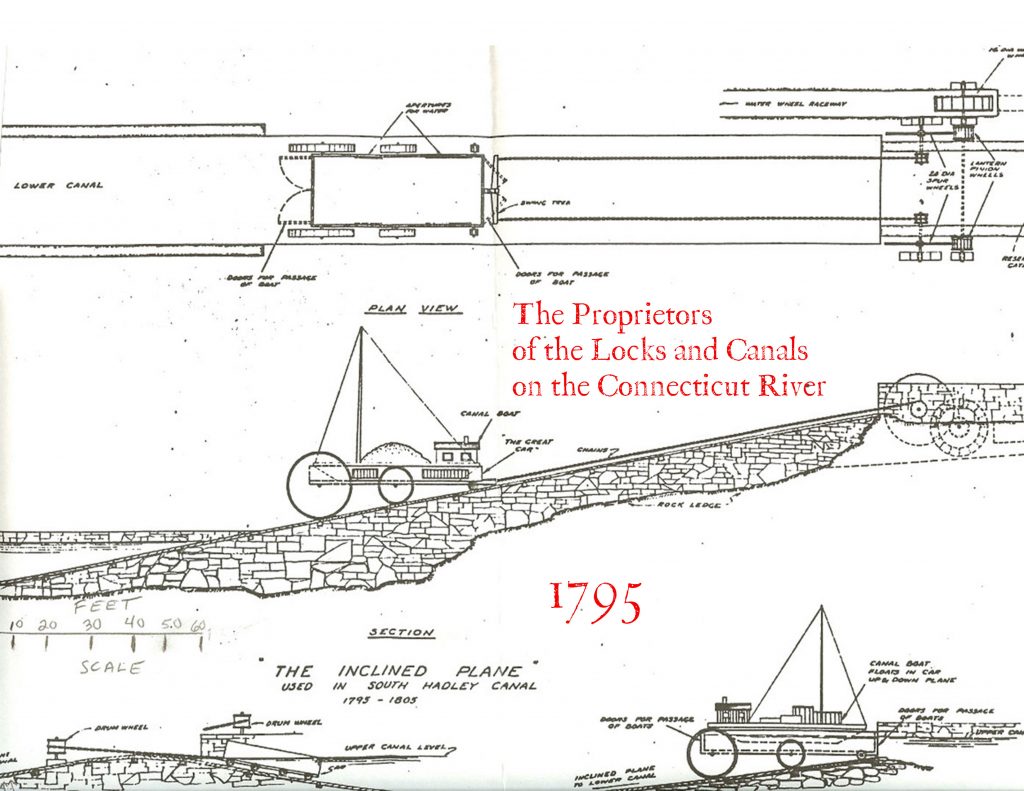 1798: The first of the Turner’s Falls dams block the entire river.

1801: Proprietors remove “westerly end of the dam” due to pressure from Northampton land owners whose property is being flooded, restoring fish passage (Kleinschmidt 5). 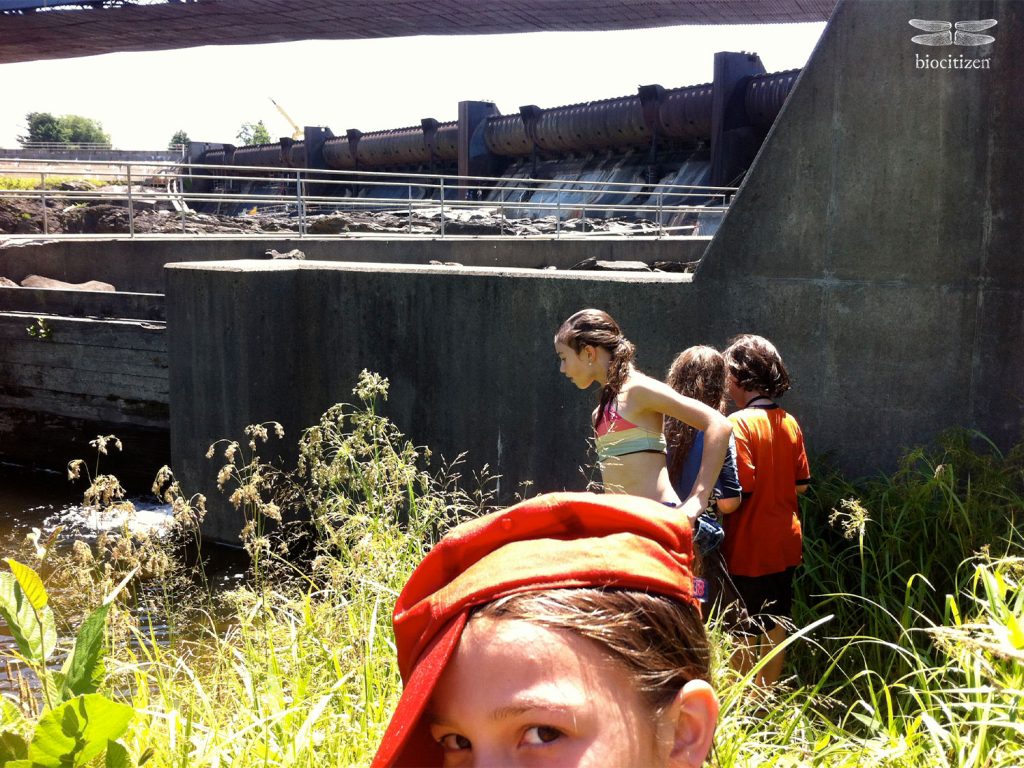 1819: Northampton loses its case for damages in the Supreme Court.  However, reflecting their political weakness, the Proprietors agree to, and do, provide fish passage (Kleinschmidt 5).

“These pure waters formerly abounded in fish of the finest species. The salmon of the Connecticut were famous far and wide for their superior flavor, as they had ever been for their abundance. There are many places, particularly at the principal cataracts, where the Indians used annually to assemble to take this valuable prey; and their broken implements are now to be seen in the soil, in greater numbers than the fish for which they were designed have been found in the river for many a past year. An imperfect, ill executed and unsuccessful plan for the improvement of the navigation, has excluded these invaluable shoals from their favorite stream …. The oversight of our countrymen is … inexcusable, in not adopting some simple means to render the dams in the Connecticut and its branches passable by these fine fish” (Dwight 14-15). 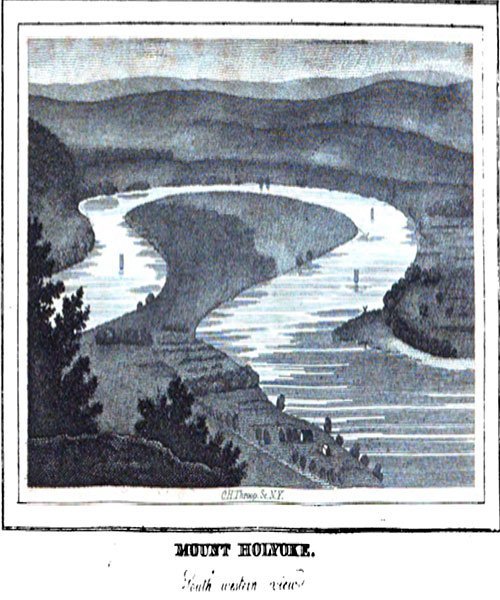 1847: Hadley Falls Company buys the properties of the Proprietors, with the intention of building canals and producing turbine hydropower for industry. The charter “extinguished the fishing rights existing above their present dam” (Hadley Falls Company 6). It builds a dam that blocks fish passage. 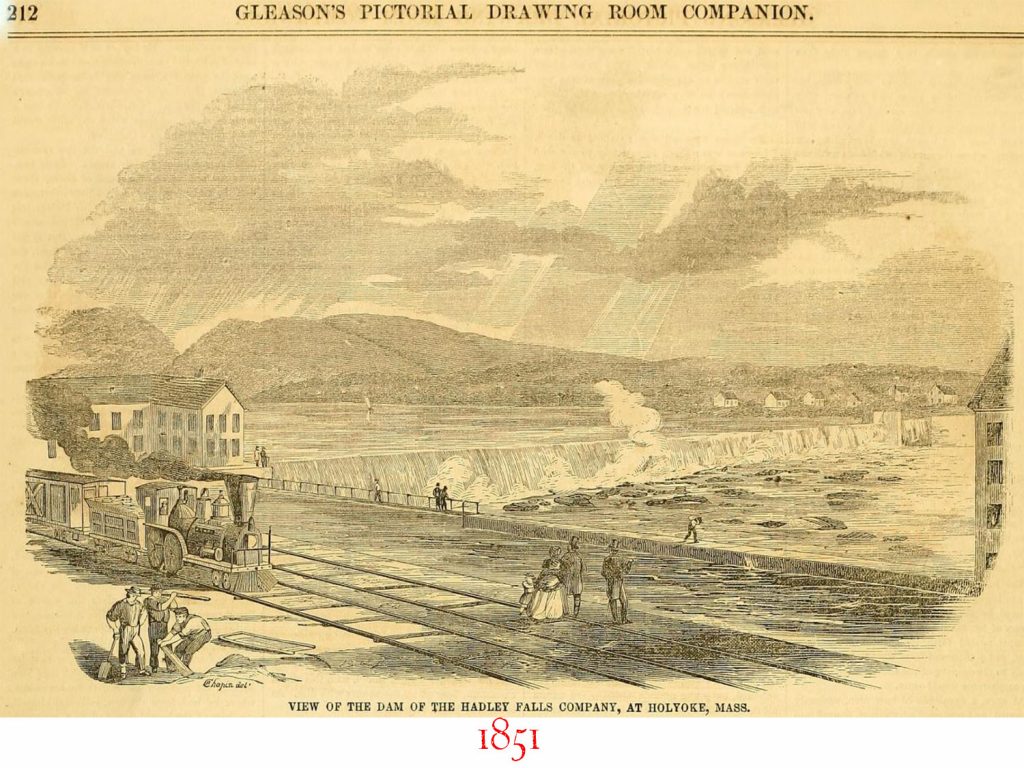 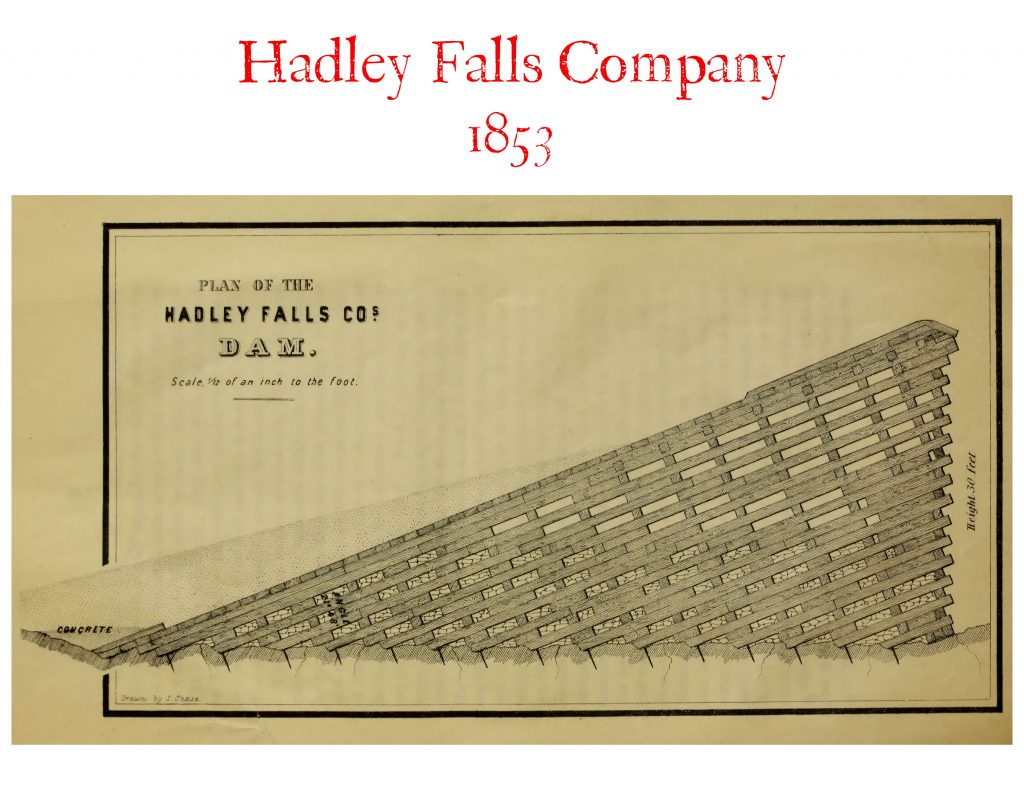 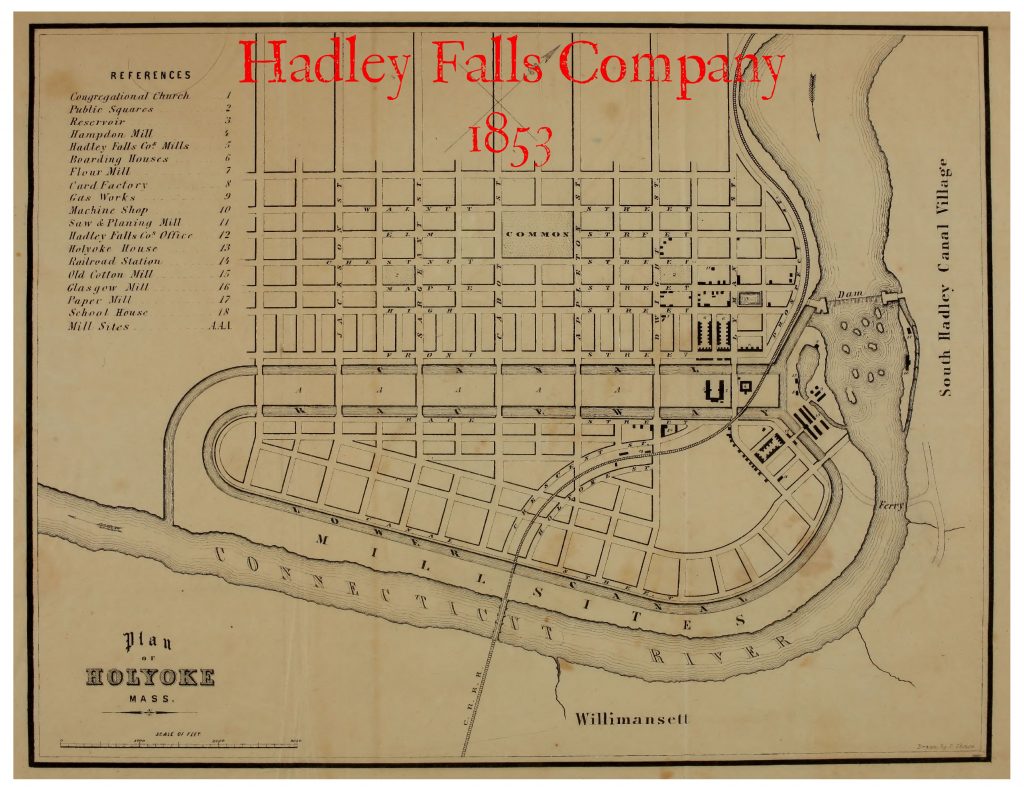 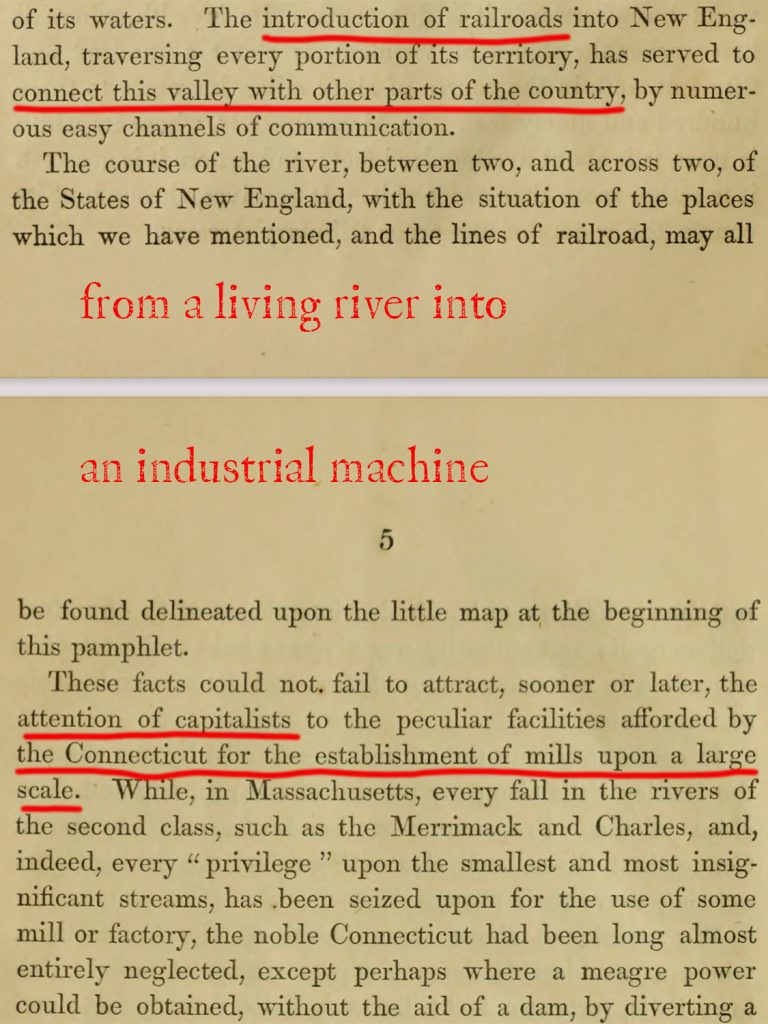 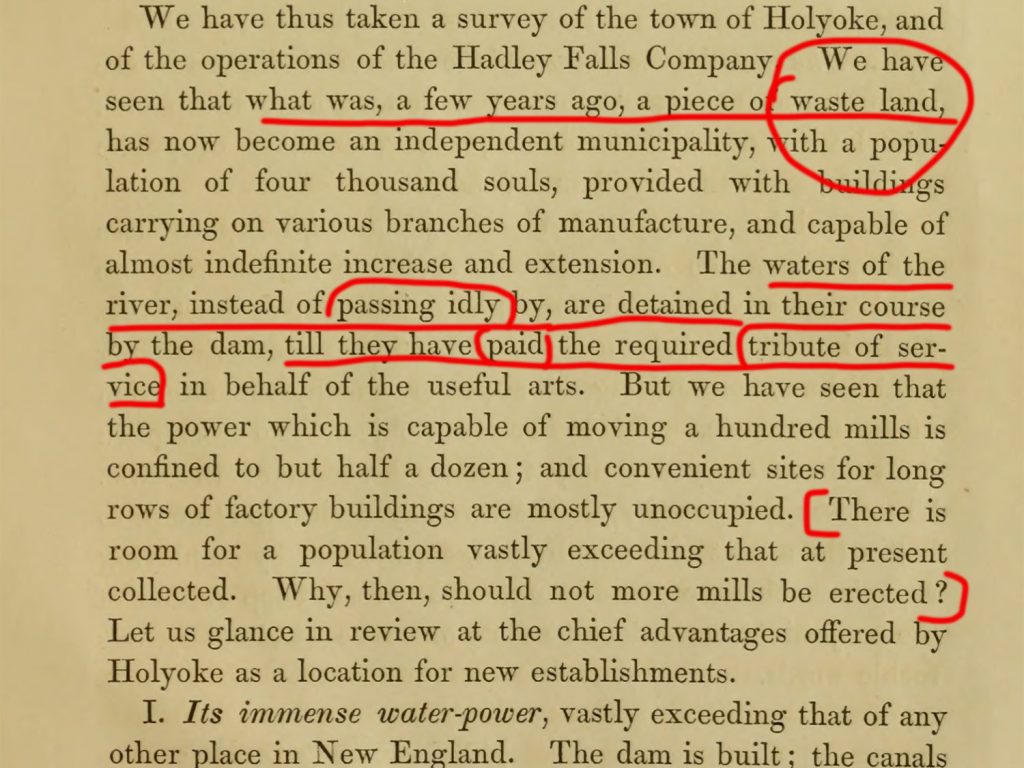 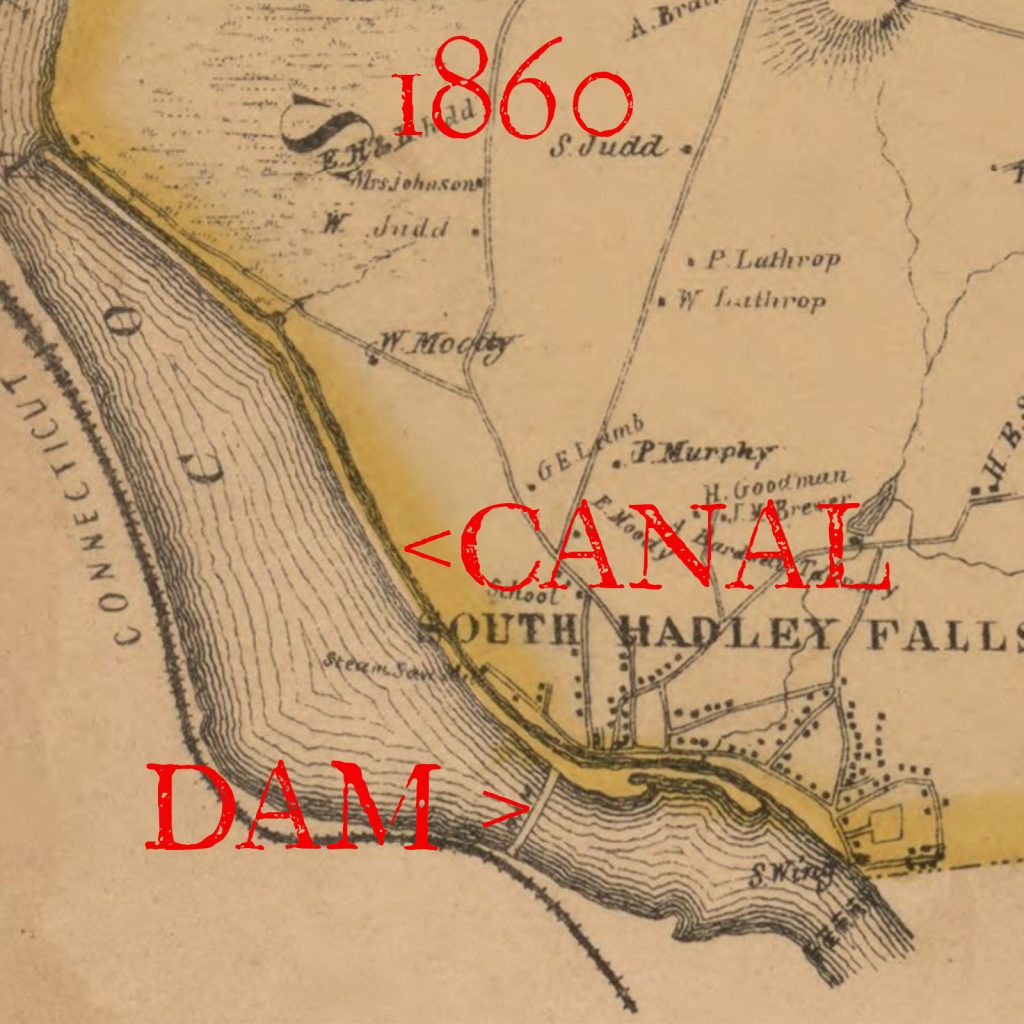 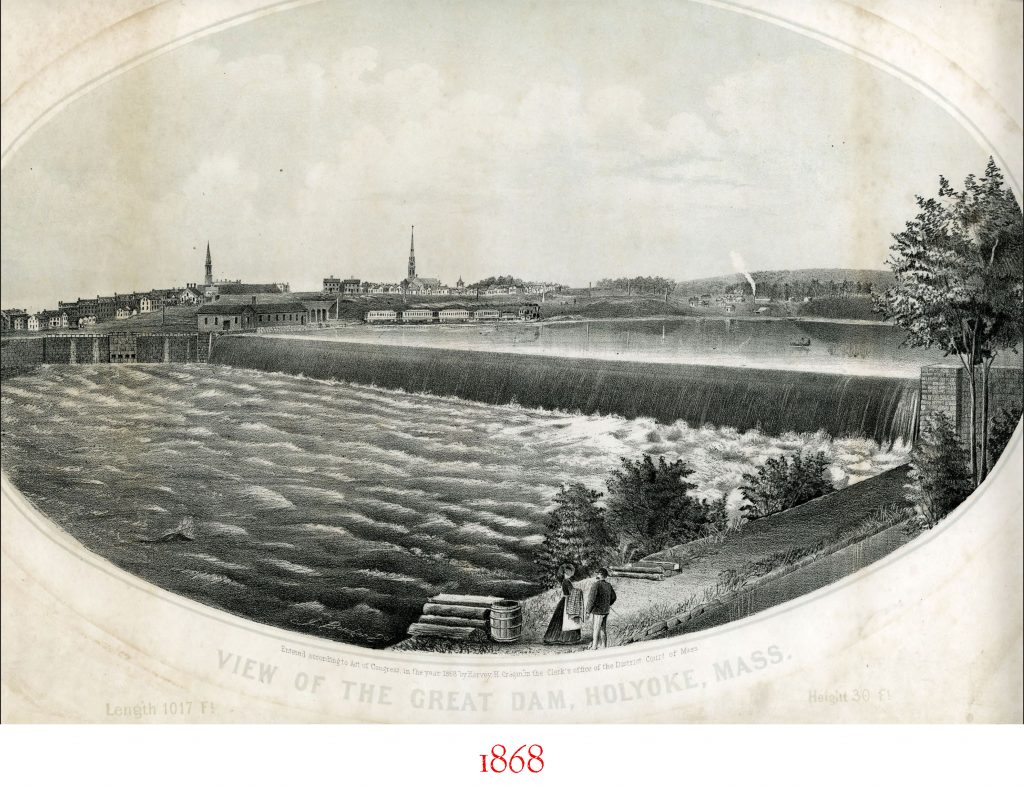 1878: “Observers at Holyoke watched salmon try to mount the dam. The large fishway that had been installed was not utilized either by salmon or shad. It was criticized as emptying too far downstream and .being supplied with too little water. No salmon were caught or observed above the Holyoke Dam.” 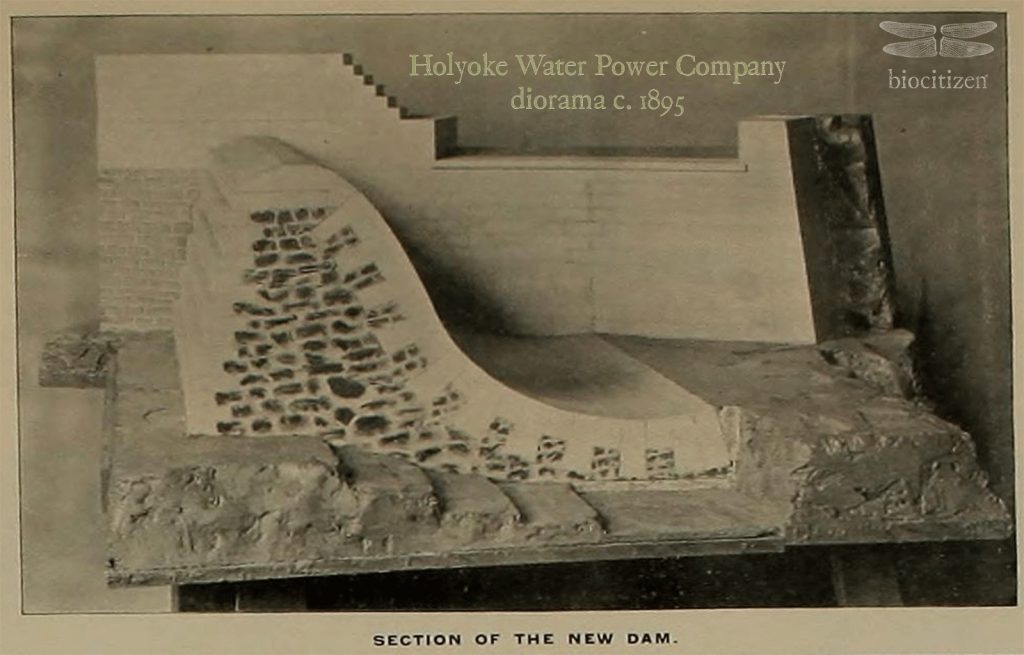 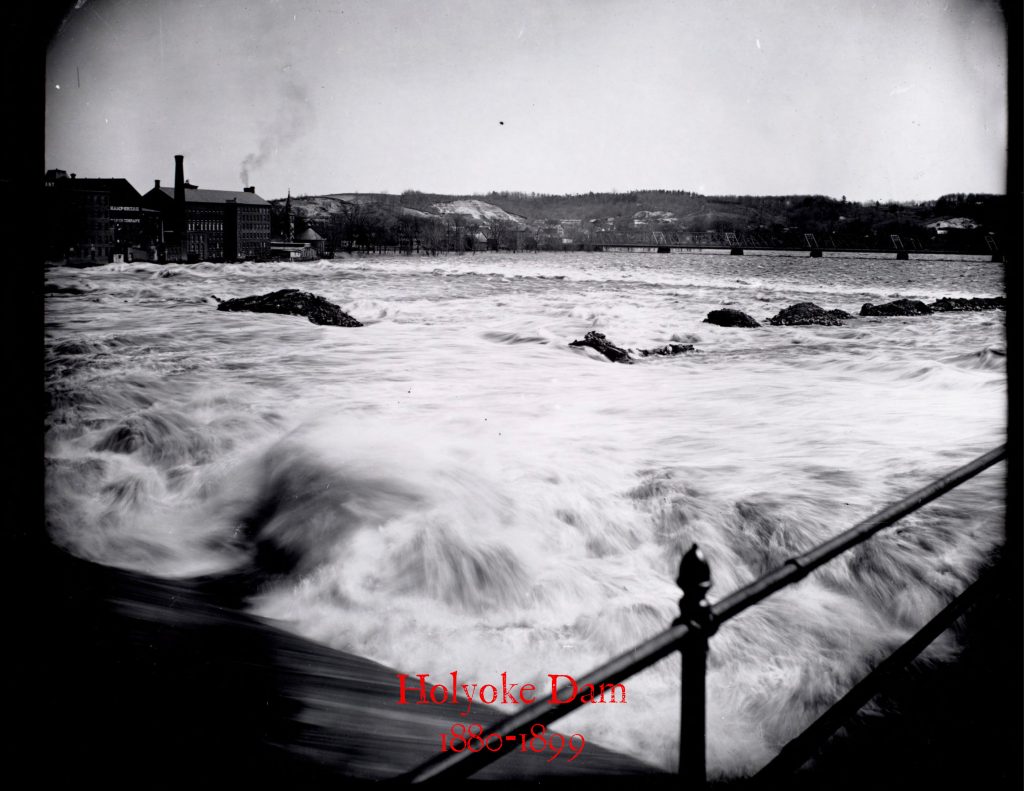 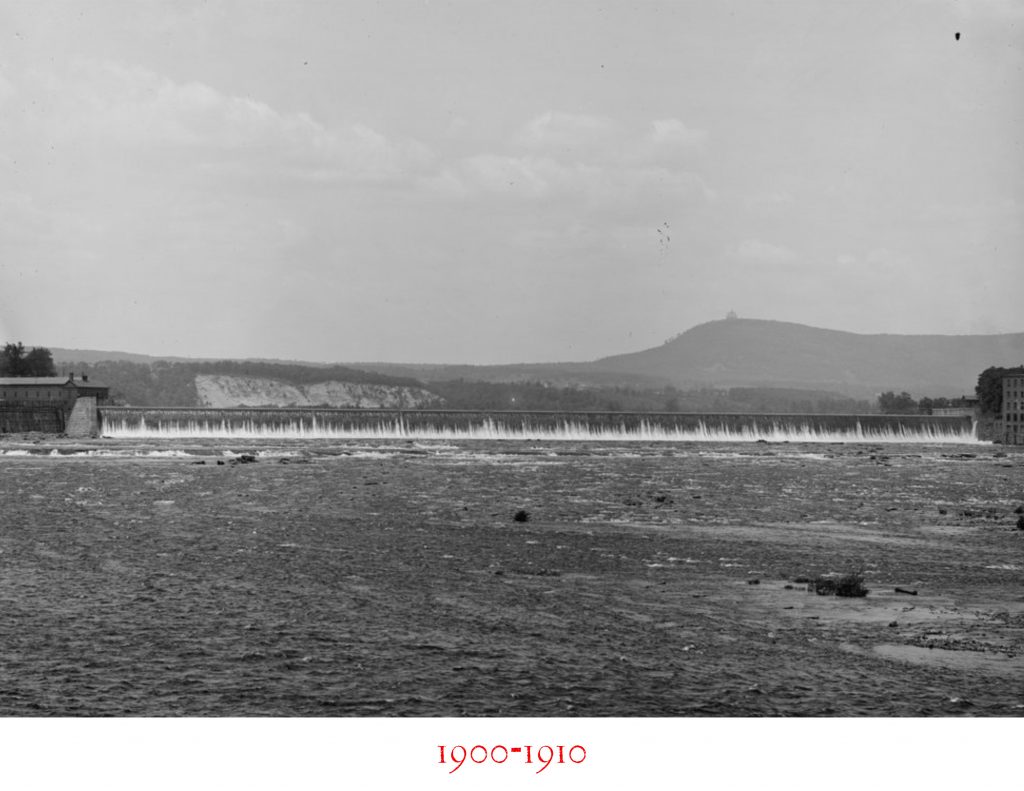 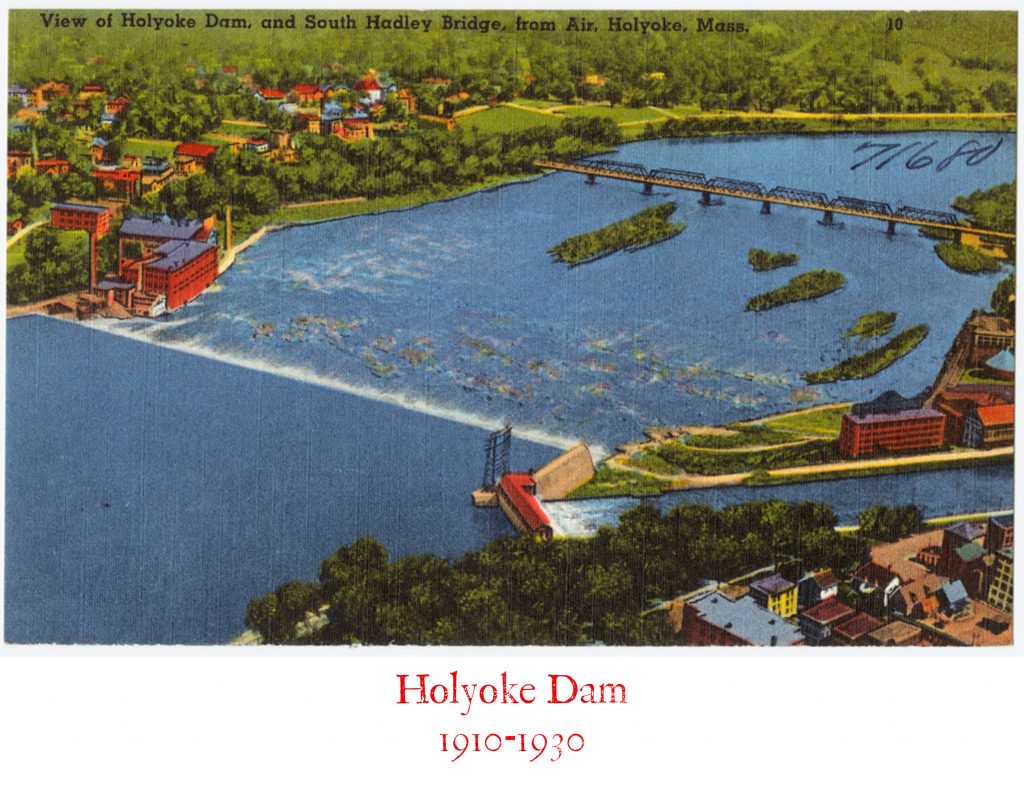 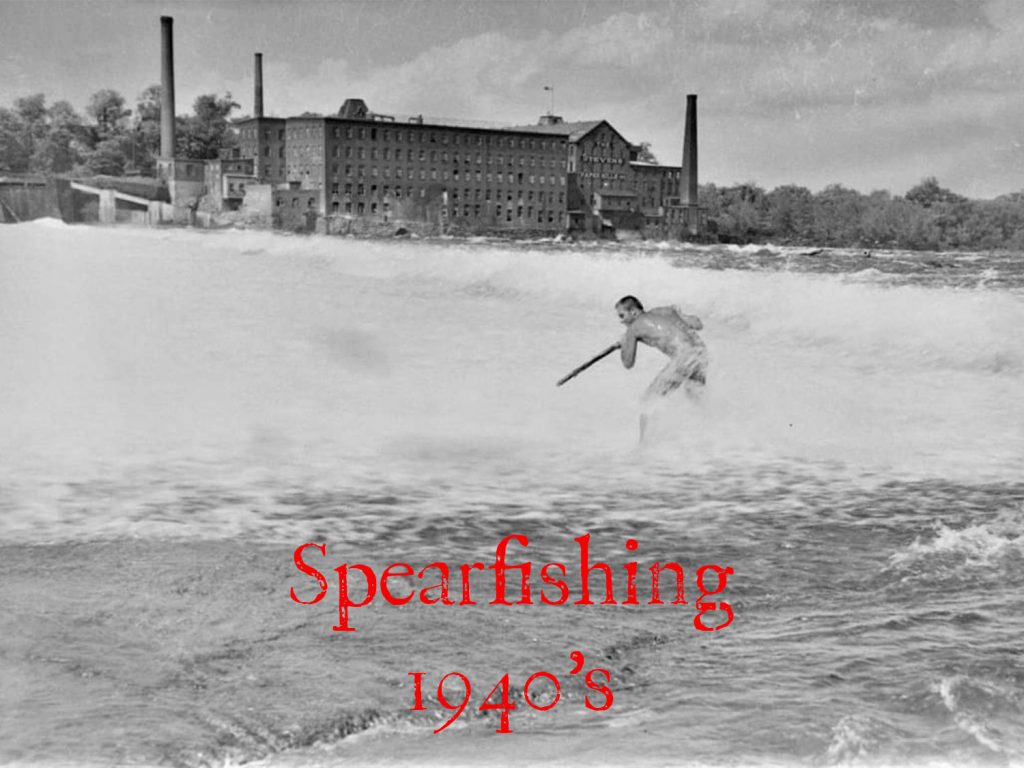 1950: “the construction of the construction of a new hydroelectric Unit 1 was completed. As part of the Federal Power Commission license, HWP was required to ‘construct, maintain and operate such fish protection devices and shall comply with such special conditions in the interest of fish life as may be prescribed hereafter by the Commission upon recommendation of the Secretary of the Interior.'” (Kleinschmidt 6)

1952-1954: “The pressure lock scheme involved luring the shad in the tailrace of the Hadley Falls Station into a corral area. From there they would be transported by pressurized pipe to the pond above the dam.” Another failure. Abandoned.

1955: “A fishlift facility was constructed at Hadley Falls Station” (Kleinschmidt 7) 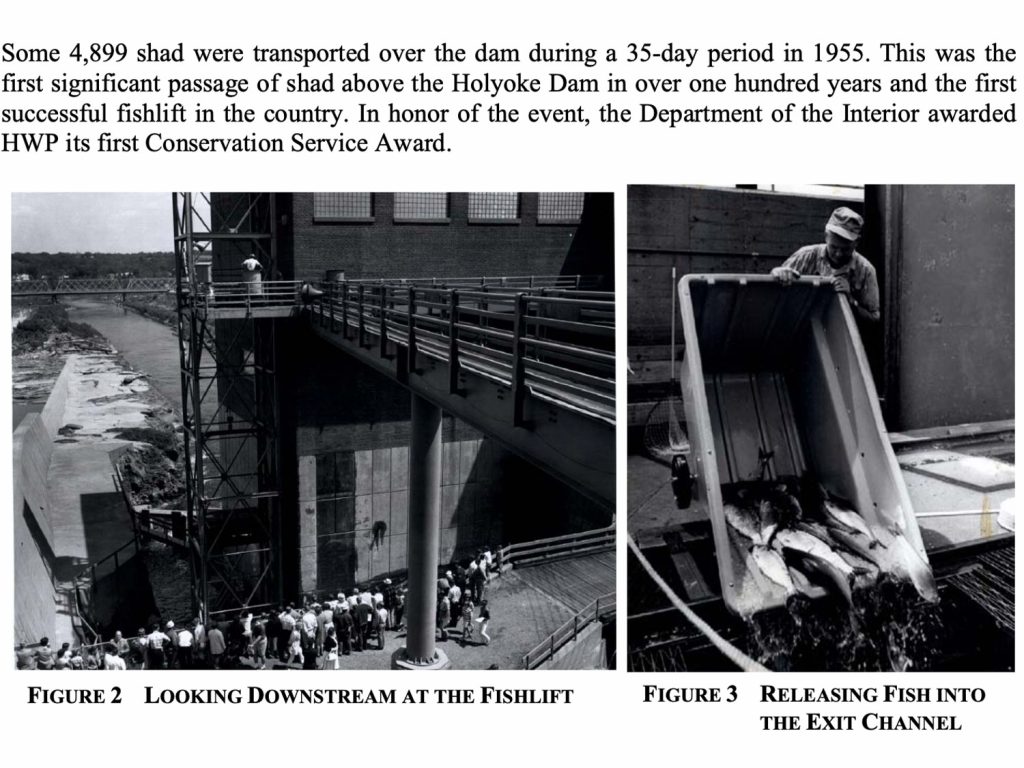 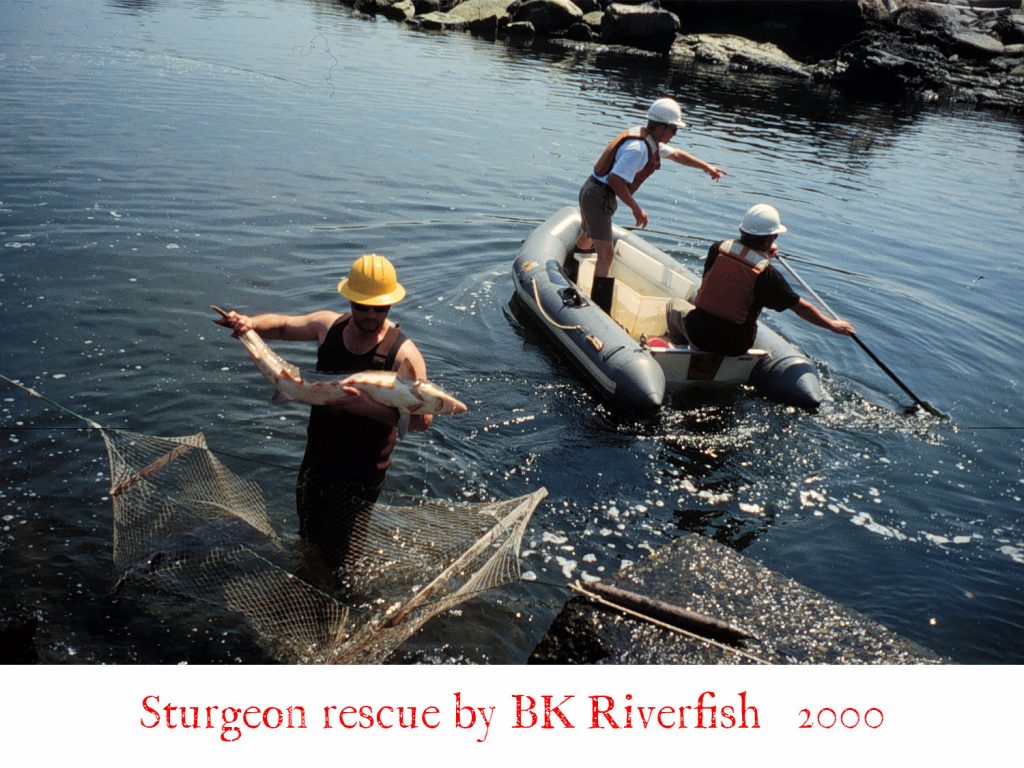 2018: “If I can get anything over to you that is of value, it’s to have a conservation ethic,” said Amherst-based biologist Boyd Kynard to a group of students visiting his lab in Millers Falls. “We must live with a conservation ethic. If we don’t, we have no chance at all for survival. None. Not for (the fish) and not for us.” 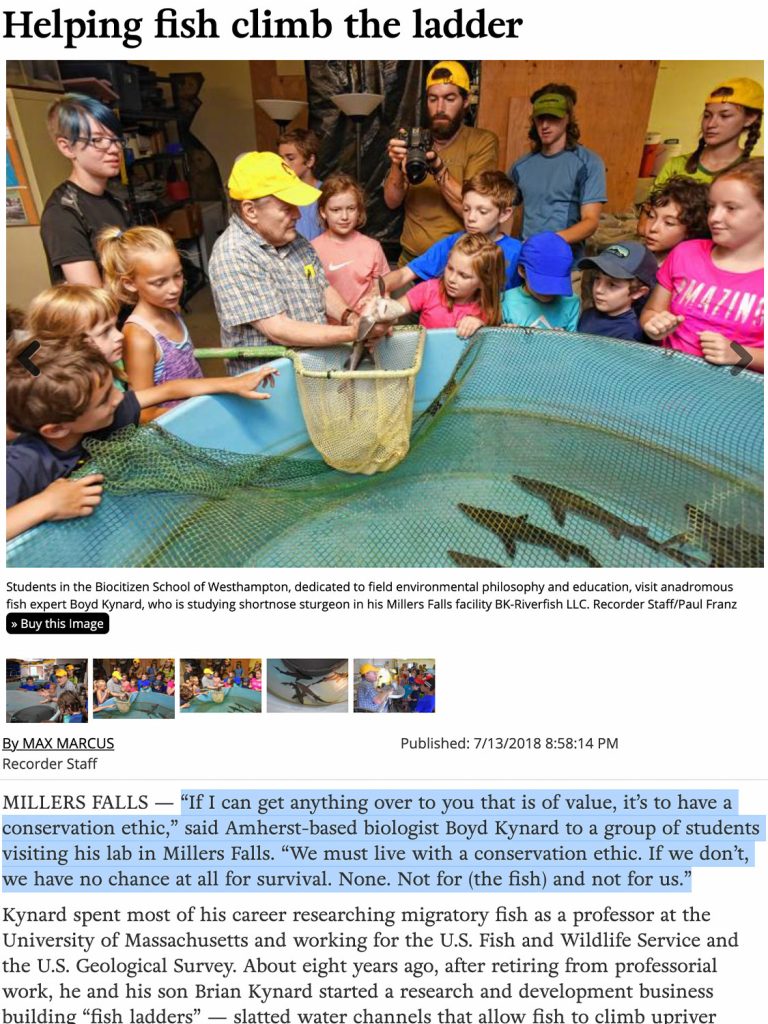 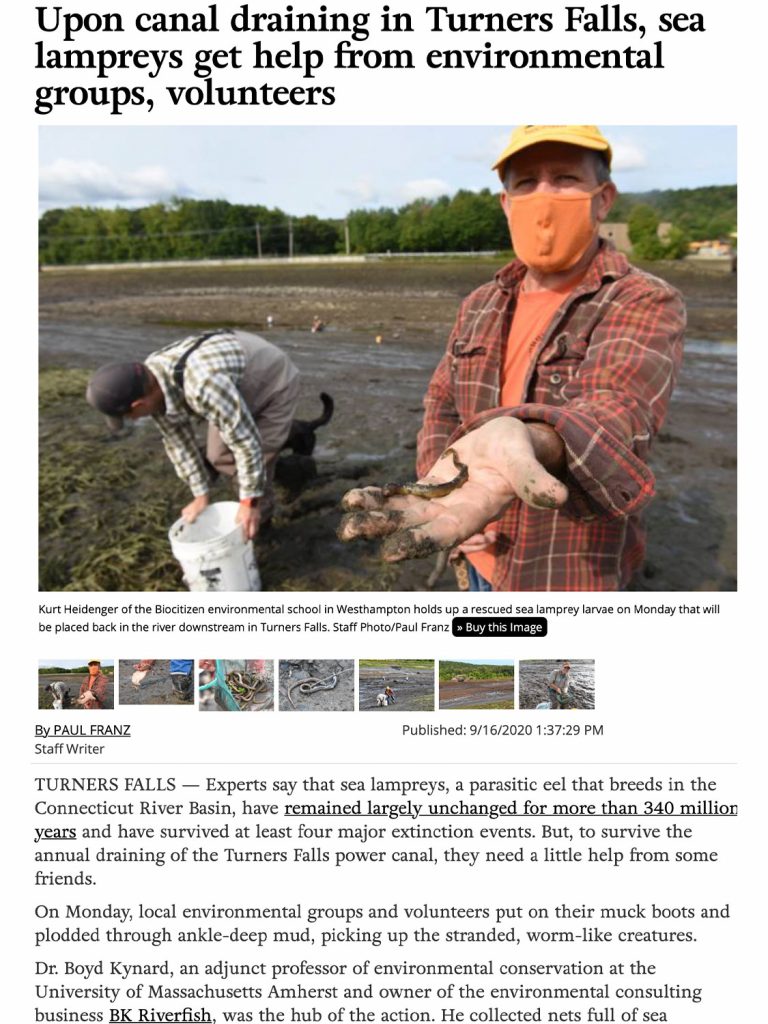 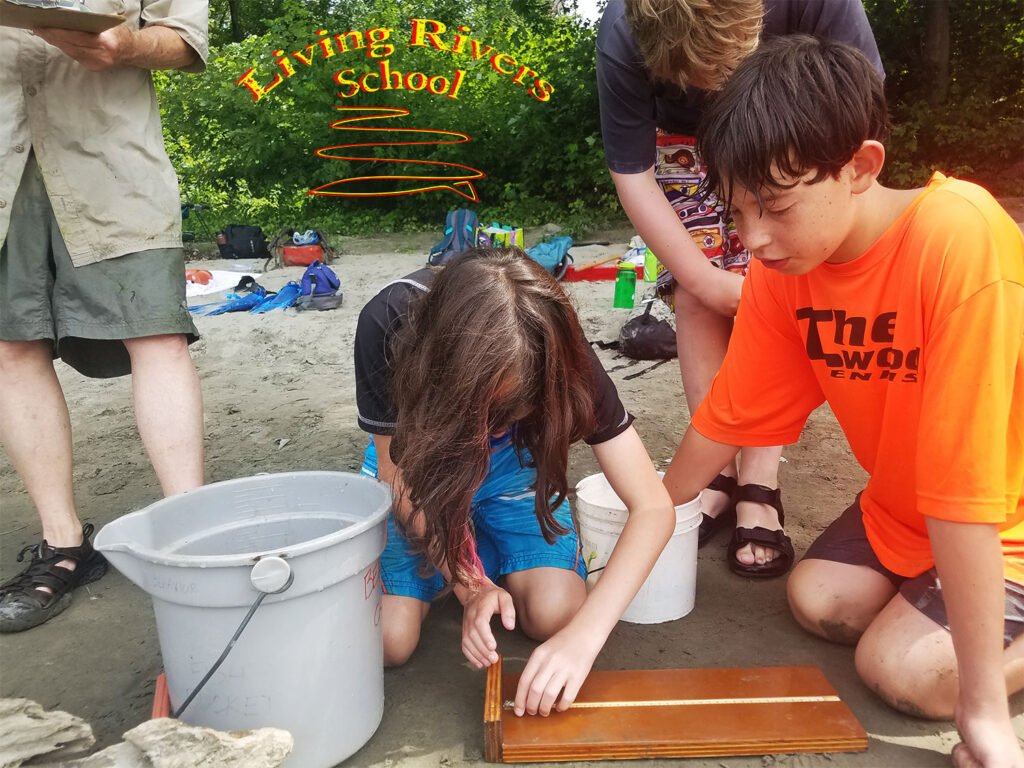