If you know what bugs live in a river, you can gauge its health.

So, every year just as Summer slips into Fall, the Biocitizen Corps ventures out and catches some, following EPA protocols, in a national citizen science initiative called “Rapid Bioassessments of Benthic Invertebrates.”

Certain bugs need lots of oxygen. The cleanest coldest water contains the most oxygen—so a healthy river has lots of hyperventilating bugs in it. The kind brook trout love to eat.

The Biocitizen Corps deserves a lot of thanks and applause!

This year’s captures took us to these places: 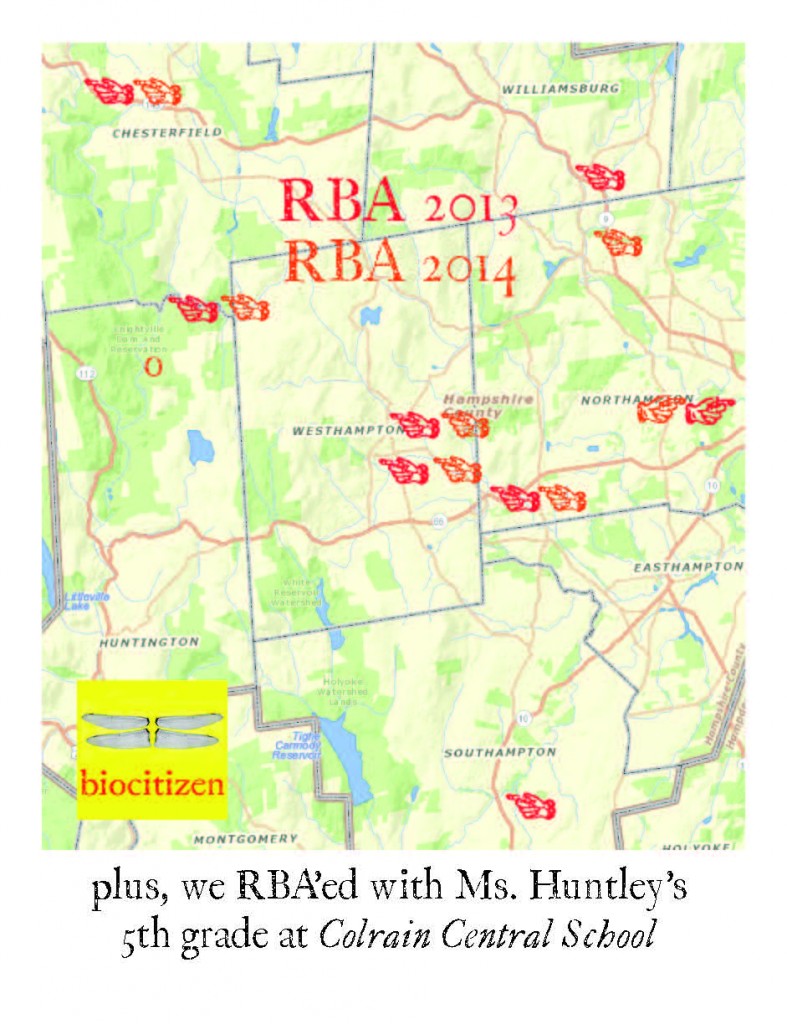 We collected during a drought, so it’s possible that we saw less of certain species than usual: common stoneflies seemed to be less evident than in years past. In general, our rivers and brooks are healthy, though the bugs in Sodom Brook near Hampshire Regional High School keep getting smaller and its overall bug community less diverse. The Mill River in Northampton is holding steady. Our new RBA site on the North River in Colrain proved a pleasant surprise, as it contained many members of highly wanted hyperventilating bug families. 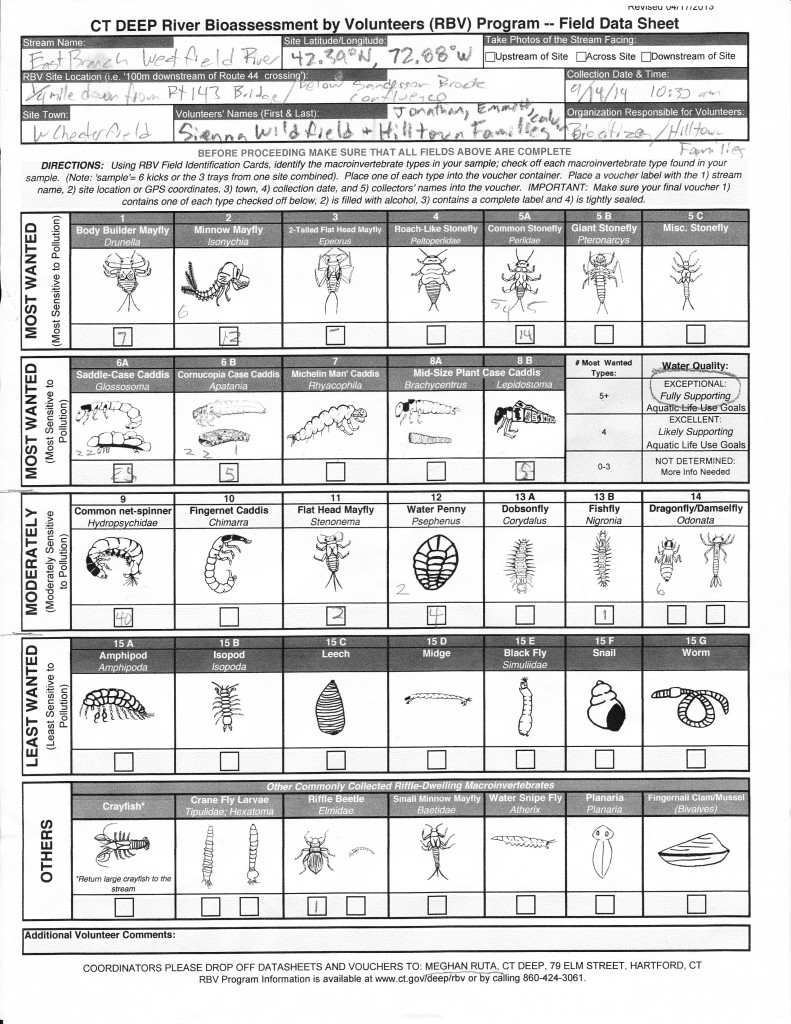 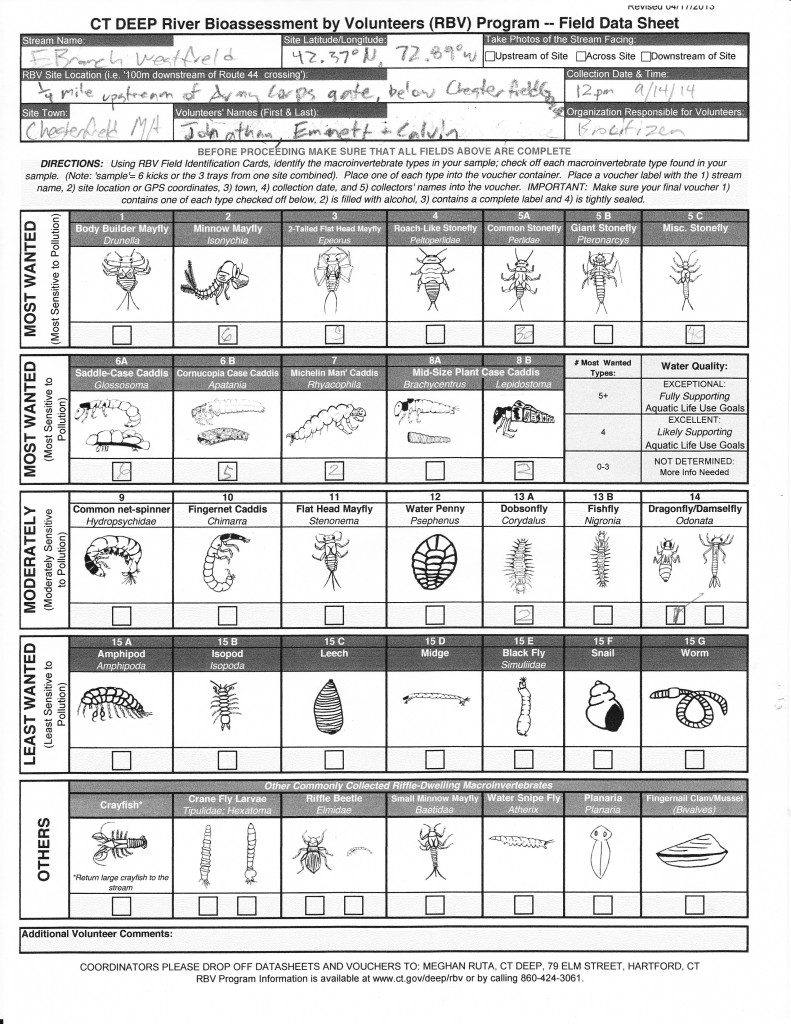 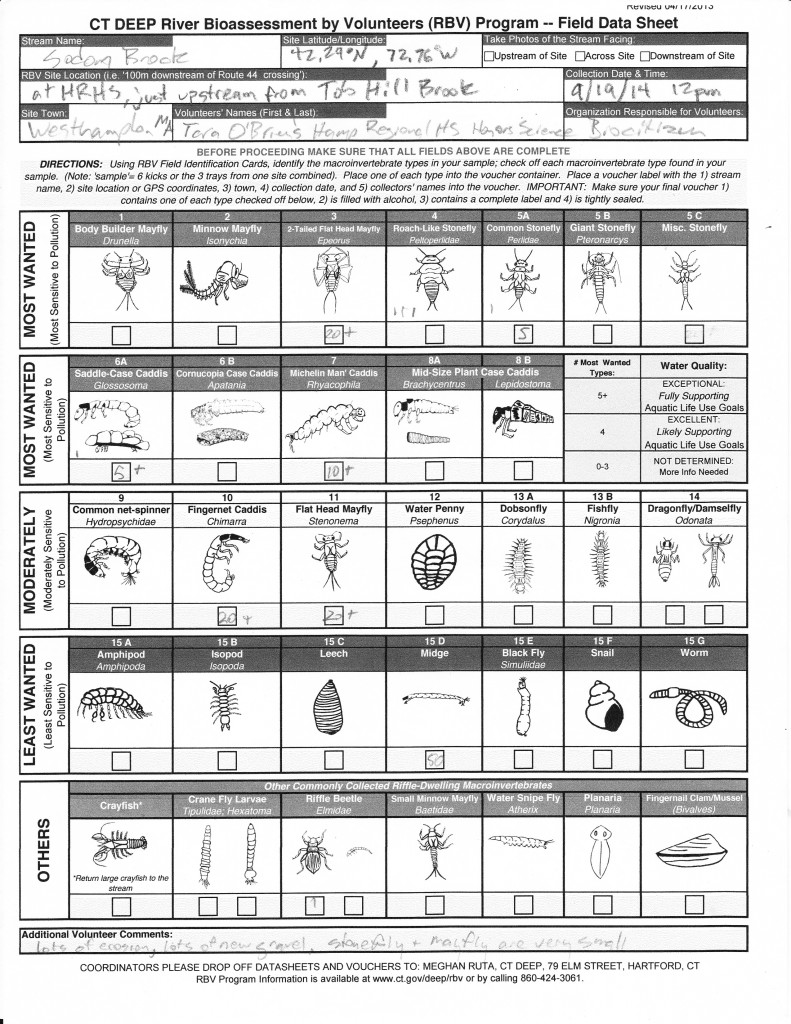 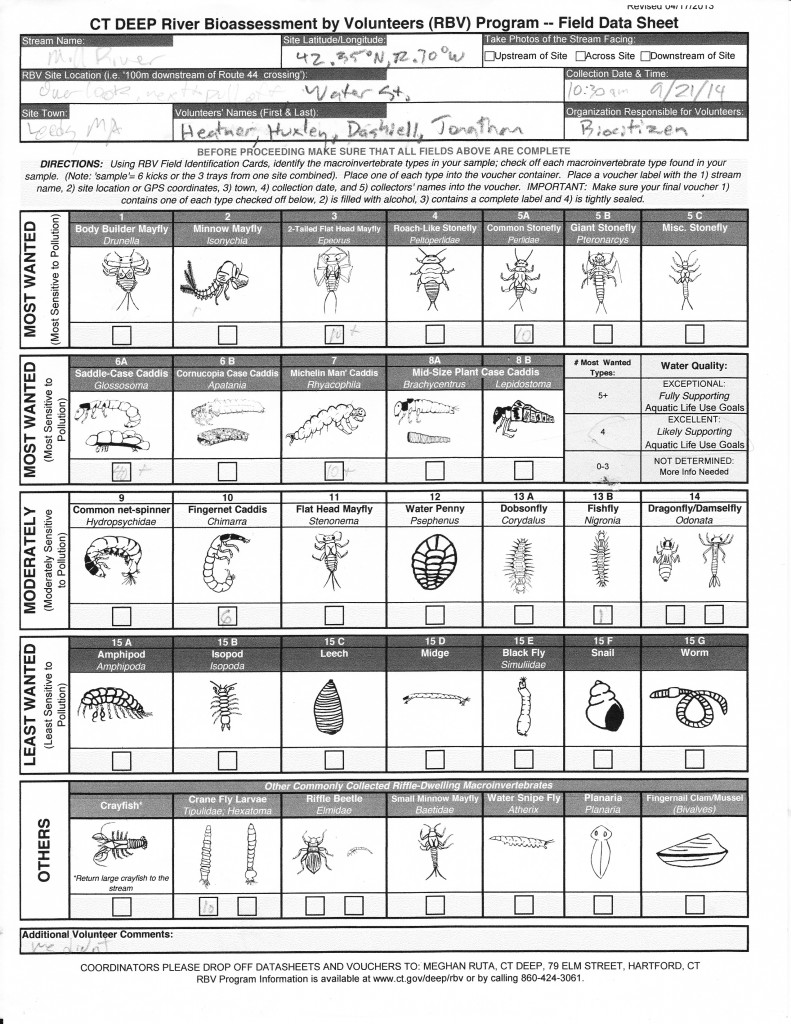 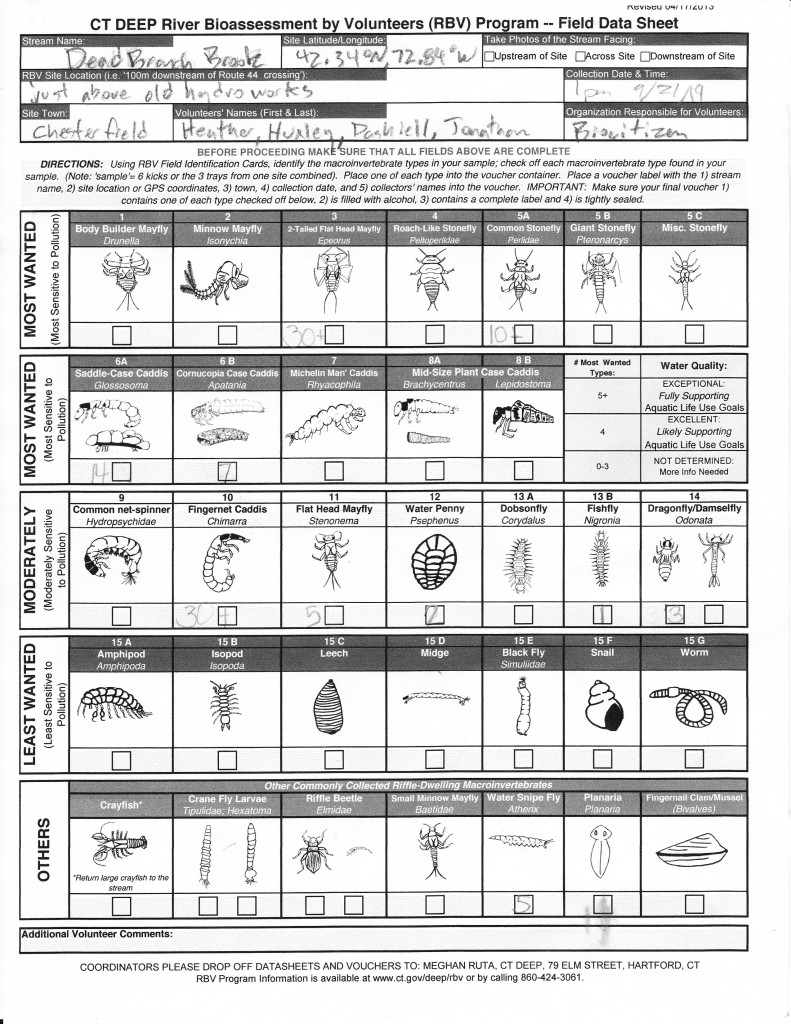 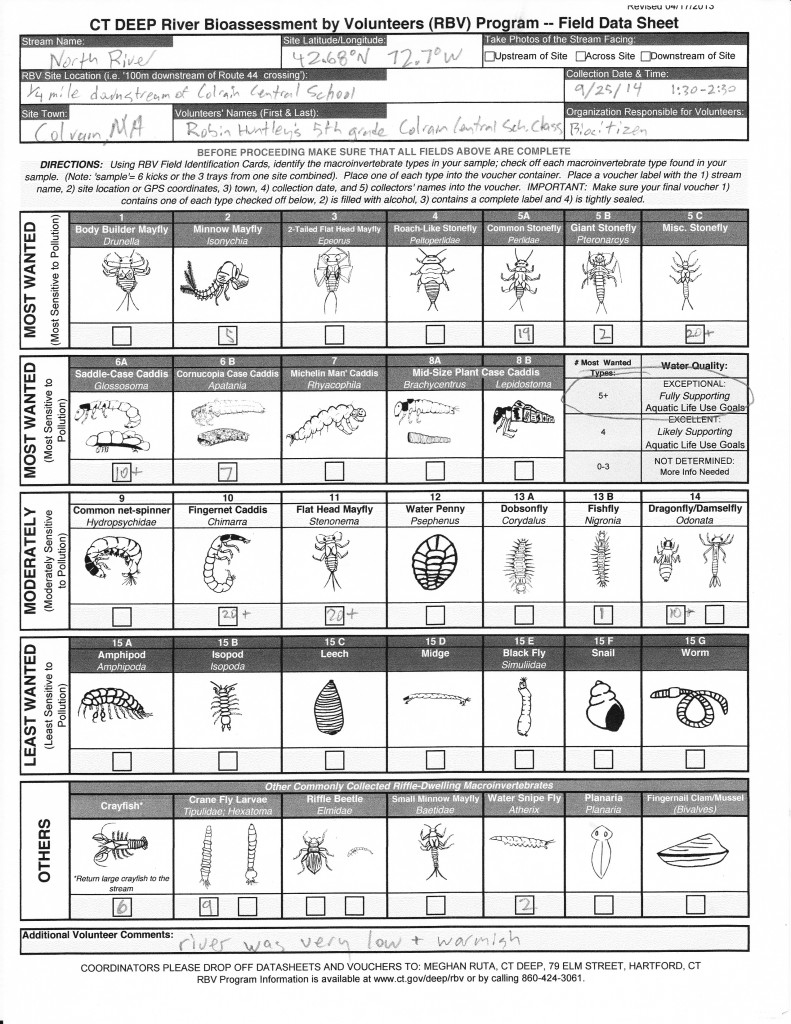 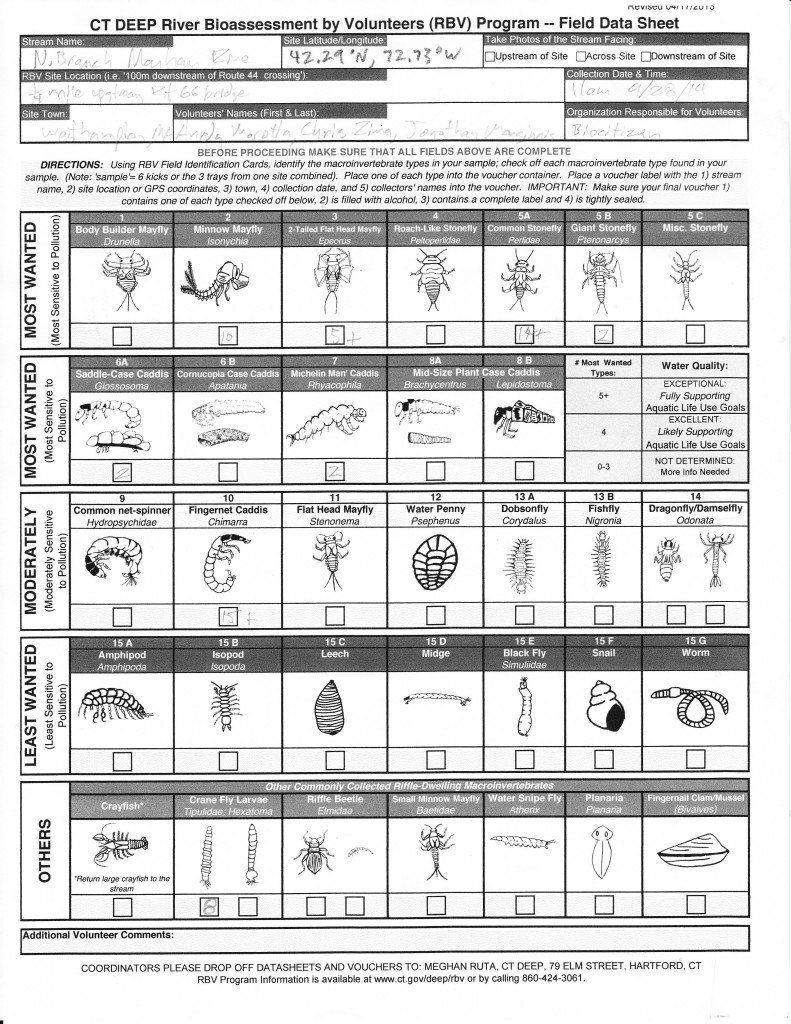 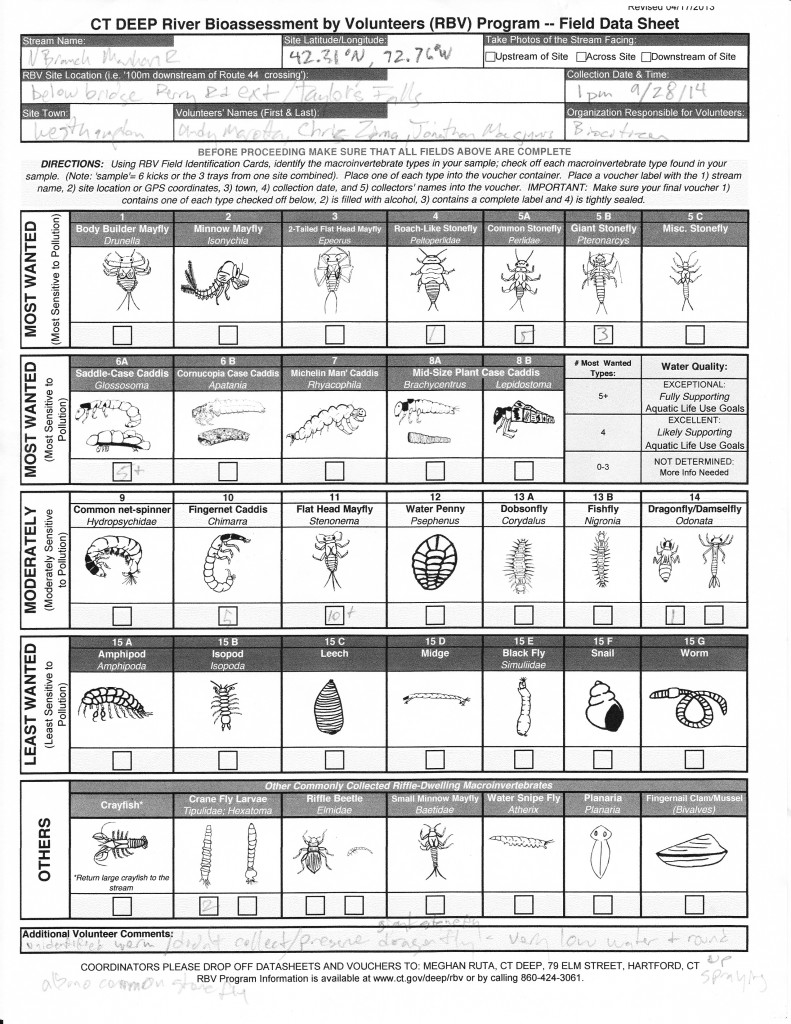 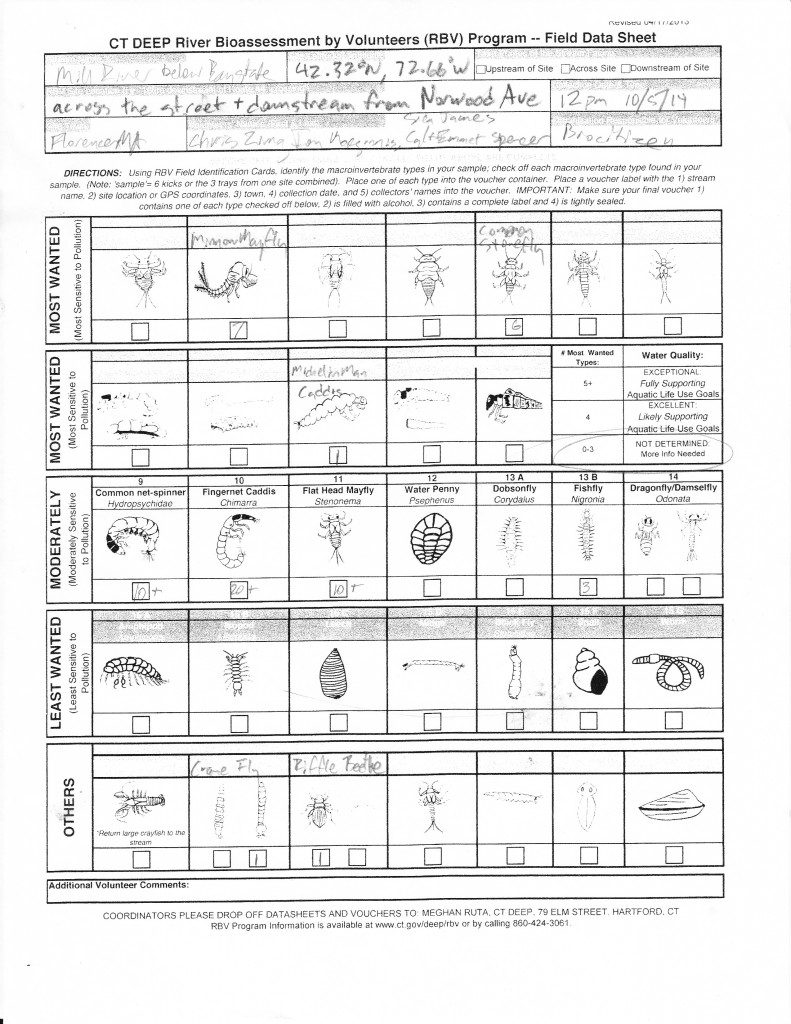