Allow me to give you an Earth Day gift I’ve been trying to wrap up ever since I studied under an eminent Thoreau scholar who, in his first lecture, handed it to me—by saying:

“For Thoreau, nature was a symbol.”

“A symbol of what?” I blurted, admittedly interrupting but…come on: a symbol?

“Of God, of course,” he replied, smiling scrutinously; “What did you think?”

“It’s pleasing to know,” he interjected, “some of us will learn something this semester.”

That was it; he returned to his lecture. 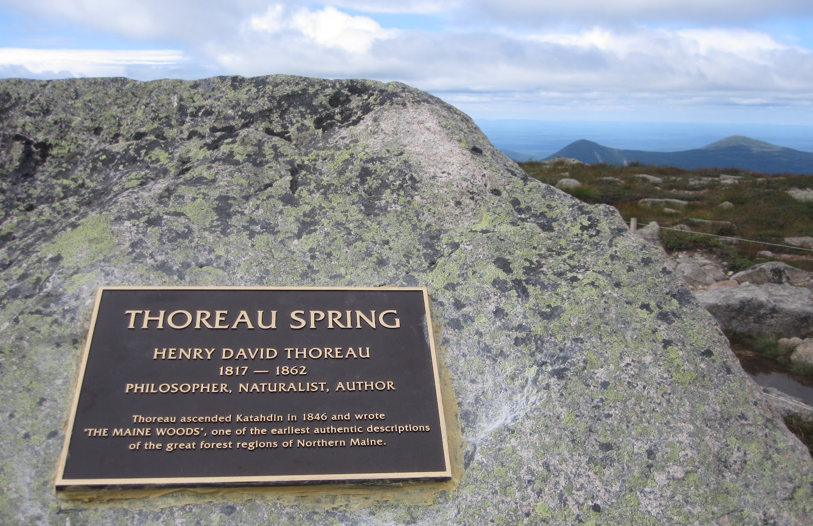 Answer: First, I got elected as an inland wetlands commissioner for the town of Chaplin, CT, a position that compelled me to study ecology, environmental history, law and politics. Second, I taught environmental history and philosophy for a full year with a grad student from the Ecology and Evolutionary Dept. Through these educations, I learned what nature is according to science, law and politics.

I also learned of the abyss between Thoreau’s definition of nature as spirited and science’s definition of nature as a quantifiable, predictable & manipulatable subject. My teaching collaborator, Ricardo Rozzi, cultivated an extensive knowledge of evolutionary theory, conservation biology, and of Darwin’s journals, especially those written while Darwin was on the Beagle exploring the Cape Horn region that is now part of Chile. Reading Darwin after Thoreau was a revelation, because Darwin was trained to view nature as a symbol of God (he’d considered becoming a priest), but his career as a scientist caused to abandon that theological view. His abandonment epitomizes the split between theological and scientific definitions of nature. As a commissioner I was not empowered to use theology to evaluate impacts proposed impacts upon wetlands; objections to impacts had to be grounded in science, and in law. And when I hung out with ecology grad students and professors the theological definition of nature was acknowledged but avoided, so for it had long been wrung out of academic science. That isn’t to say these folks didn’t harbor spiritual connections to nature; it is to say that the language and worldview of their discipline did not harbor it. When they did their sciencey work, theirs was a mechanical nature, not symbol of God or the living luscious flesh of Venus.

Our law and our science do not recognize the spiritual reality of nature, and our lawyers and scientists—& everybody—are “free” to ignore the bio-ethics and behaviors that attends such recognition. The gift I give now, recognizes it.

Nature is that which gives birth; and what the word denotes—the permanent birthing process of the present moment that is sacred b/c we are alive in it—is actually beyond the ability of our language to express. Our minds cannot comprehend all of nature, and because we can’t comprehend it, “nature” remains mythological. Every culture has a mythology that explains, as best it can, the permanent birthing process of the present moment.

In western Christian culture, theological and scientific views of nature have harmonized, such as in the shared presumption that human beings are uniquely appointed to rule over the other creatures on the earth, and that stones and clouds and oceans etc are not alive. Catholics have the history of Galileo and the Inquisition, but they also have St. Thomas whose doctrine of natural law—that God’s presence and laws can be adduced through science—is sanctified. Protestantism gave us Thoreau, but it also gave us the Calvinist bibliolator, also known as the Christian fundamentalist. 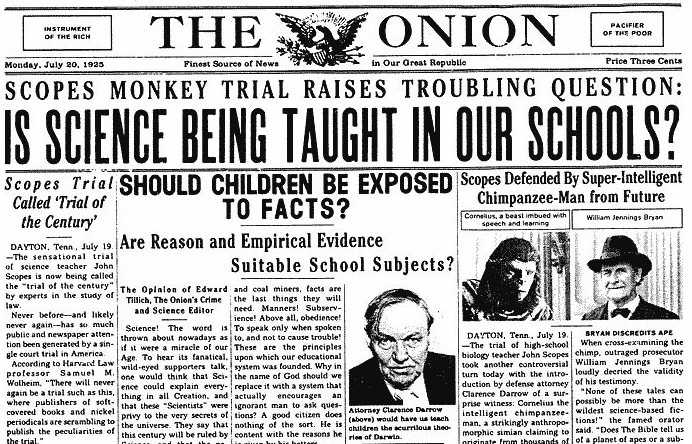 Charles Darwin carefully avoided theology in his published writings, because the greatest resistance to his theories came from Protestant fundamentalists, who held strictly to the story of Genesis. Industrialists and bankers approved of Darwin’s theory of evolution, on the other hand, for it formed the basis for the science of biology, and consequent rise of big industries. Hospitals with their antibiotics, supermarkets with their factory farm foods and clothing stores with their cotton sprayed with pesticides: all are products of Darwin’s theory.

How many evolution deniers go to hospitals and eat at McDonalds without knowing they’d be naked, sick and starving without it?

Darwinism is ubiquitous. We would not be able to recognize reality without it. It is Monsanto and Tyson Foods, Pfizer and Syngenta, Banana Republic and Ralph Lauren. It’s our prescriptions and our surgeries. Corn chips, cheese doodles and Coke.

Darwin’s strategy of avoiding theology proved successful, at least for the medical profession, farmers, industrialists and bankers. It’s had a regrettable effect, though, on the cultures that embrace it because the religious awakening that would attend a working out of a theology of evolution, and an attendant ethic, never happens. So, allow me to present a few basic tenets of a properly Darwinian religion.

1)    What is known as “spirit” in theology is, to our properly Darwinian religion, life or bios.

2)    “Eternal life” occurs through the transmission of genes through “endless” generations.

5)    This shared life is called the long body. We, & our ancestors past and future, live in it. It is sacred; it is holy: we are alive in it.

6)    The long body is not a tribal deity, or projection of collective or personal ego. It is not the “environment” either, but can be partially envisioned as a biome.

7)    It is the subject of science, perceivable any given moment as reality.

8)    It is what language (literal, biological & physical) partially reproduces without comprehending.

9)    It hums and glows in the skies and our veins and oceans.

10)  It needs sufficient water, solar radiation and soil—and cannot be severed long from them.

The theology of the long body is expressed through action, not words: via inhabitation. It has an ethic, a system of right and wrong behavior, which I’ll describe next.