We”re in full nectar flow here in the Nonotuck biome—& even a zombie can feel the anima: the “soul, spirit, life, air, breeze, breath.”

If you can, stand beneath an apple tree at sunset tonight, down wind. You”ll be enveloped in the sweetness of anima, promise. Close your eyes and breathe. Not only will you feel the anima; you”ll absorb and be consubstantial with it—not metaphorically, but actually. Your lungs ensure you are w/that sweetness—not literally, but really.

How does such sugar fill the air? Science tells us that the perfume of apple blossoms is sweet because, as a result of eons of natural and artificial selection, apple trees exude chemicals/atoms from the blossom in concert w/the warmth and radiance of the sun that we perceive as sweet. There is sugar in the air, and we are drawn to it. It pleases us, changes our mood, renews our love of life and the world—the .

If you under stand an apple tree around 2 pm today, you”ll be rewarded with the dynamo hum of 100s of bees licking the sugars, collecting the nectars, transferring the anima (real, not metaphorical) from the tree (which collects and concentrates it from the earth, water, air and sun) and into themselves—this is what consubstantiality is (the real, not the metaphorical). And if you”re lucky, you”ll see a blazing orange oriole jumping from branch to branch eating the blossoms!

The world is animated—anima mundi—by animals—spirited (i.e., breathing) beings. By nous, (“we” as the French say), my fellow and sister biocitizens—
_____
In the previous anima mundi post, we enjoyed a telos, or chronological history of the concept as promulgated in, and by, the “west.” We stopped with Newton, because he is the scientist who proved (in radical opposition to Descartes) that the cosmos is alive, not in some general or random way, but in every single vibrating atom, all of which exhibit empatterned behaviors that follow, as Jefferson and the Founders put it, the laws of nature and of nature”s god.

Our telos of the long body continues; the list is by no means complete, and I would be grateful if you would add to it:

Jonathan Edwards: “He is the eternal God who fills heaven and earth, and whom the heaven of heavens cannot contain. He is the God that made you; in whose hand your breath is, and whose are all your ways; the God in whom you live, and move, and have your being; who has your soul and body in his hands every moment.”

Goethe: “
The World-soul working in Existence,
Lest it should stiffen in resistance,
Works ever live deeds manifest.
And what was not, “tis now becoming,
To the pure sun, the green earth blooming,
And in no lure it dares to rest.“

William Blake: from The Fly

And I have felt
a presence that disturbs me with the joy
Of elevated thoughts; a sense sublime
Of something far more deeply interfused,
Whose dwelling is the light of setting suns,
And the round ocean and the living air,
And the blue sky, and in the mind of man:
A motion and a spirit, that impels
All thinking things, all objects of all thought,
And rolls through all things. Therefore am I still
A lover of the meadows and the woods,
And mountains; and of all that we behold
From this green earth . . .

Erasmus Darwin: “would it be too bold to imagine, that in the great length of time, since the earth began to exist, perhaps millions of ages before the commencement of the history of mankind, would it be too bold to imagine, that all warm-blooded animals have arisen from one living filament, which The Great First Cause endued with animality, with the power of acquiring new parts attended with new propensities, directed by irritations, sensations, volitions, and associations; and thus possessing the faculty of continuing to improve by its own inherent activity, and of delivering down those improvements by generation to its posterity, world without end?“

Earth, that nourished thee, shall claim
Thy growth, to be resolv”d to earth again;
And, lost each human trace, surrend”ring up
Thine individual being, shalt thou go
To mix forever with the elements,
To be a brother to th” insensible rock
And to the sluggish clod, which the rude swain
Turns with his share, and treads upon. The oak
Shall send his roots abroad, and pierce thy mould.

Ralph Waldo Emerson: “Standing on the bare ground—my head bathed by the blithe air, and uplifted into infinite space—all mean egotism vanishes. I become a transparent eye-ball; I am nothing; I see all; the currents of the Universal Being circulate through me; I am part or parcel of God.”

Charles Darwin: “There is one living spirit, prevalent over this world … which assumes a multitude of forms according to subordinate laws.“

“It is interesting to contemplate an entangled bank, clothed with many plants of many kinds, with birds singing on the bushes, with various insects flitting about, and with worms crawling through the damp earth, and to reflect that these elaborately constructed forms, so different from each other, and dependent on each other in so complex a manner, have all been produced by laws acting around us. …Thus, from the war of nature, from famine and death, the most exalted object which we are capable of conceiving, namely, the production of the higher animals, directly follows. There is grandeur in this view of life, with its several powers, having been originally breathed by the Creator into a few forms or into one; and that, whilst this planet has gone cycling on according to the fixed law of gravity, from so simple a beginning endless forms most beautiful and most wonderful have been, and are being, evolved.”

“We thus learn that man is descended from a hairy, tailed quadruped, probably arboreal in its habits, and an inhabitant of the Old World. This creature, if its whole structure had been examined by a naturalist, would have been classed amongst the Quadrumana, as surely as the still more ancient progenitor of the Old and New World monkeys. The Quadrumana and all the higher mammals are probably derived from an ancient marsupial animal, and this through a long line of diversified forms, from some amphibian-like creature, and this again from some fish-like animal. In the dim obscurity of the past we can see that the early progenitor of all the Vertebrata must have been an aquatic animal, provided with branchia?, with the two sexes united in the same individual, and with the most important organs of the body (such as the brain and heart) imperfectly or not at all developed. This animal seems to have been more like the larva of the existing marine Ascidians than any other known form.“

Henry David Thoreau: “Shall I not have intelligence with the earth? Am I not partly leaves and vegetable mould myself?“

“I celebrate myself, and sing myself,

And what I assume you shall assume,

For every atom belonging to me as good belongs to you.

I loafe and invite my soul,

I lean and loafe at my ease observing a spear of summer grass.

My tongue, every atom of my blood, form”d from this soil, this air,

Born here of parents born here from parents the same, and their

parents the same, I, now thirty-seven years old in perfect health begin, Hoping to cease not till death.

Creeds and schools in abeyance,

Retiring back a while sufficed at what they are, but never forgotten, I harbor for good or bad, I permit to speak at every hazard, Nature without check with original energy.“

John Muir:
When we try to pick out anything by itself, we find it hitched to everything else in the universe. One fancies a heart like our own must be beating in every crystal and cell, and we feel like stopping to speak to the plants and animals as friendly fellow-mountaineers.

Aldo Leopold: “Land, then, is not merely soil; it is a fountain of energy flowing through a circuit of soils, plants, and animals. Food chains are the living channels which conduct energy upward; death and decay return it to the soil. The circuit is not closed; some energy is dissipated in decay, some is added by absorption from the air, some is stored in soils, peats, and long-lived forests; but it is a sustained circuit, like a slowly augmented revolving fund of life.“

Rachel Carson: “I believe this affinity of the human spirit for the earth and its beauties is deeply and logically rooted. As human beings, we are part of the whole stream of life. We have been human beings for perhaps a million years. But life itself – passes on something of itself to other life – that mysterious entity that moves and is aware of itself and its surroundings, and so is distinguished from rocks or senseless clay – [from which] life arose many hundreds of millions of years ago. Since then it has developed, struggled, adapted itself to its surroundings, evolved an infinite number of forms. But its living protoplasm is built of the same elements as air, water, and rock. To these the mysterious spark of life was added. Our origins are of the earth. And so there is in us a deeply seated response to the natural universe, which is part of our humanity.“

Edward Abbey: “Responding to friends who returned from a trip to a canyon ruin, saying they’d been changed forever and now understood why the ancient Indians got religion, Abbey replied: ‘You don’t understand. That land, those mountains, those canyons and rivers. You don’t get religion from them; they are religion”

“The hot radiance of the sun, pouring on our prone bodies, suffusing our flesh, melting our bones, lulls us toward sleep. Over the desert and the canyons, down there in the rocks, a huge vibration of light and stillness and solitude shapes itself into the form of hovering wings spread out across the sky from the world’s rim to the world’s end. Not God–the term seems insufficient–but something unnameable, and more beautiful, and far greater, and more terrible.”

This list is so incomplete! Perhaps you can help? 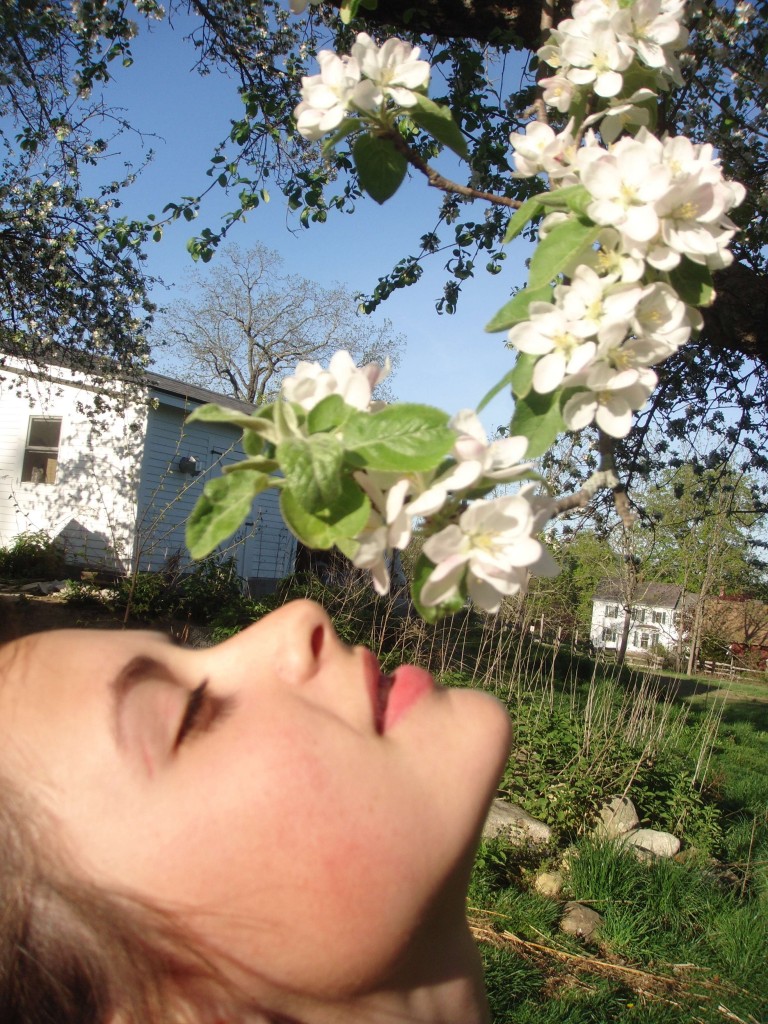