As I was saying, while I was earning my PhD at UConn,

I learned that its administration was trying to develop water protecting land that was illegal to develop,

and falsifying population figures so it could build lots of  industrial sprawl without having a sufficient water supply.

There was another thing I noticed when I reviewed UConn’s water management back then: its hazardous waste storage facility was sited on Horsebarn Hill’s Class 1 land, too; and was therefore an illegal land use.  If watershed protection meant anything at all, then that hazmat facility had to be moved outta there asap.

The hazmat facility can be seen in this picture; it’s the group of trailers and cement block buildings closest to the forest in the lower left hand corner, nearest to the trees:

This is a bad place for hazmat facility to b/c it sits on the bottom of the hill, on top of pavement that drains directly into wetlands that drip and splash directly into the Fenton River, which supplies Willimantic with raw surface water, and UConn’s own drinking water wellfields. It was sited there secretly in 1998, without any public announcement or hearings, or even notification to the downstream Windham Water Works, Willimantic’s water utility.

In 2000, I started assisting UConn in finding a new location for the facility. It didn’t really want to, and has been dragged against its will to conduct three environmental impact evaluations over the last 13 years to find a site away from its water supply. I recount this saga of state agencies, municipalities and every enviro-action group, except perhaps Sierra Club, begging UConn to move it, and UConn never moving it, here.

Today, I ended my latest and hopefully last tug-of-war with my friends at UConn. this time with the hazmat facility pulled out of UConn’s own water supply; and here is my statement of satisfaction, rendered as a UConn alumni, Graduate School class of 2005:

I support the Dept. of Public Health’s [DPH] position that the MAA should be relocated outside of the Fenton River watershed and the drainage basin of the Willimantic Reservoir, which will always supply irreplaceable and incalculably-valuable drinking water to Storrs, Mansfield and Willimantic. DPH’s position conforms with that stated historically by the Office of Policy and Management, UConn’s most recently convened MAA-resiting advisory committee, and also with the two other advisory committees that UConn has convened in the twelve years for the exact same purpose.

I support the Dept. of Energy and Environmental Protection’s and the town of Mansfield’s position that site “G” is the most appropriate place for the new MAA to be sited. One of the conditions of UConn’s haz waste handling permit is that “the distance traveled from the generation site to the central accumulation site must be the shortest distance possible,” and, happily, site “G” allows UConn to finally operate in accordance with its permit.

Moreover, site “G” will allow UConn to fulfill the promise it made to the Council on Environmental Quality and the state’s environmental leadership to, as UConn’s Office of Environment Policy’s Richard Miller put it on October 26, 2005,  “move the hazardous waste storage facility from the Fenton River watershed to a site near the sewage treatment plant.”

I support too, UConn’s intention to use the MAA as an educational resource, so that all UConn students know that UConn labs produce, and responsibly care for, hazardous wastes, in conformance with the nation’s highest environmental sustainability and stewardship standards. All incoming freshman should be given a tour of the facility, so they can comprehend UConn’s hazardous waste–stream, and its Sierra Club “cool school” award-winning state-of-the-art haz-waste handling and transfer facility operations.

Since this is the third time that UConn has reached the conclusion that the best site for the MAA is outside of the Fenton River watershed, yet has under the direction of UConn’s Office of Environment Policy’s Richard Miller never moved it, I am attaching to 3 texts that should help your office to move it this time.

The first is a page from the minutes of the proceedings of UConn’s first advisory committee that shows that Mansfield’s town planner and a UConn hydrology professor believed that, under the direction of Richard Miller, UConn was rigging the resiting process to ensure that the MAA would never be moved.

The second is a memo from UConn’s former Chief Operating Officer and Chancellor that shows that the administration’s policy has been to never resite the MAA, in contradiction to all credible standards of environmental protection, sustainability and stewardship. It is to UConn’s credit that it no longer pursues such a devious and retrograde approach to environmental stewardship.

The third text is an email thread that shows how OEP’s Richard Miller consciously planned to rig the present EIE process in keeping with the (former) UConn administration’s policy of never resiting the MAA, in contradiction to all credible standards of environmental protection, sustainability and stewardship.

Thank you for providing this opportunity to provide your office with this testimony and these documents, and congratulations on winning this year’s Sierra Club #1 “cool school” award for environmental sustainability and stewardship, 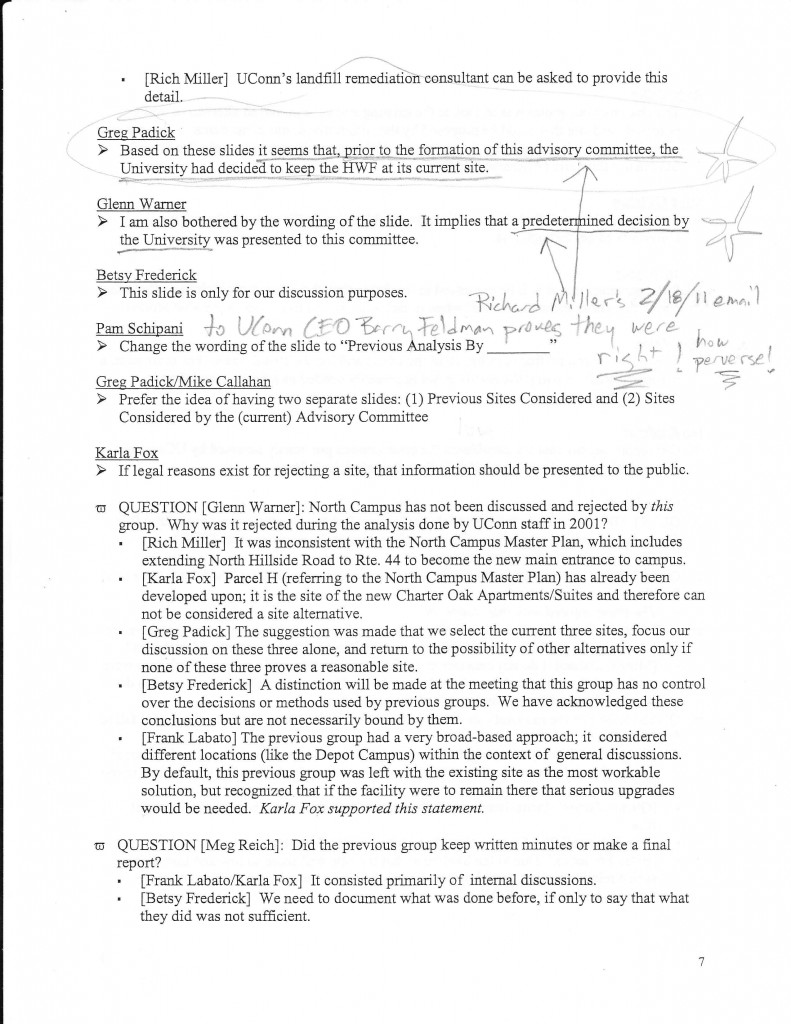 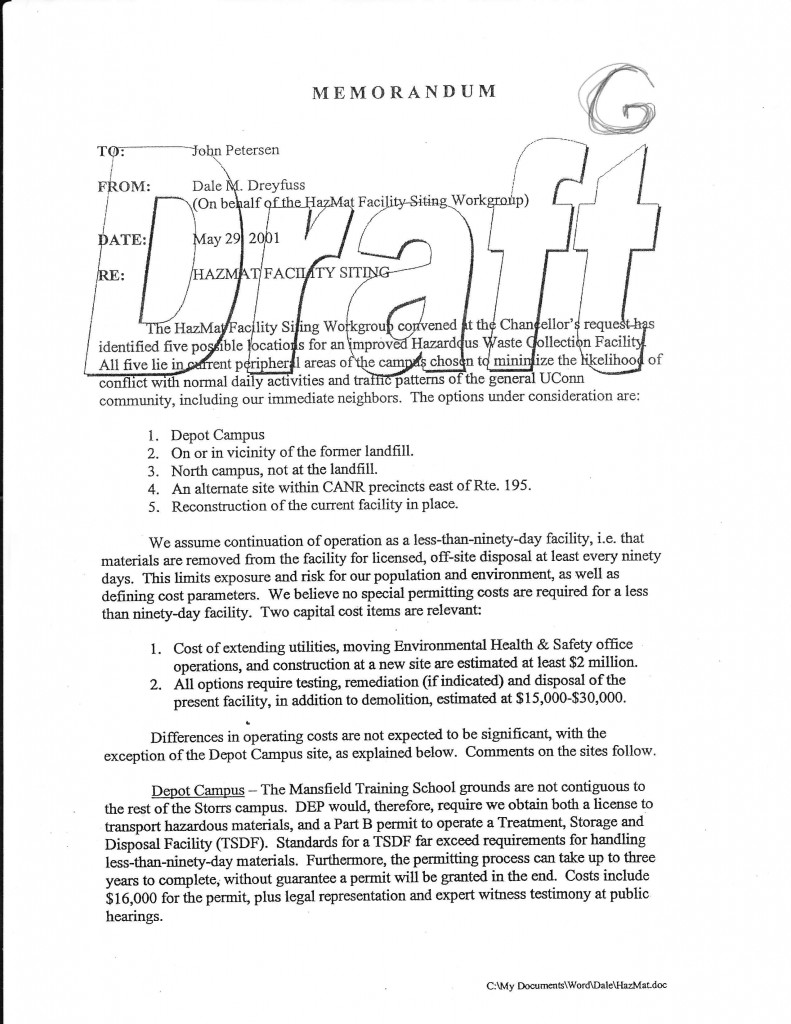 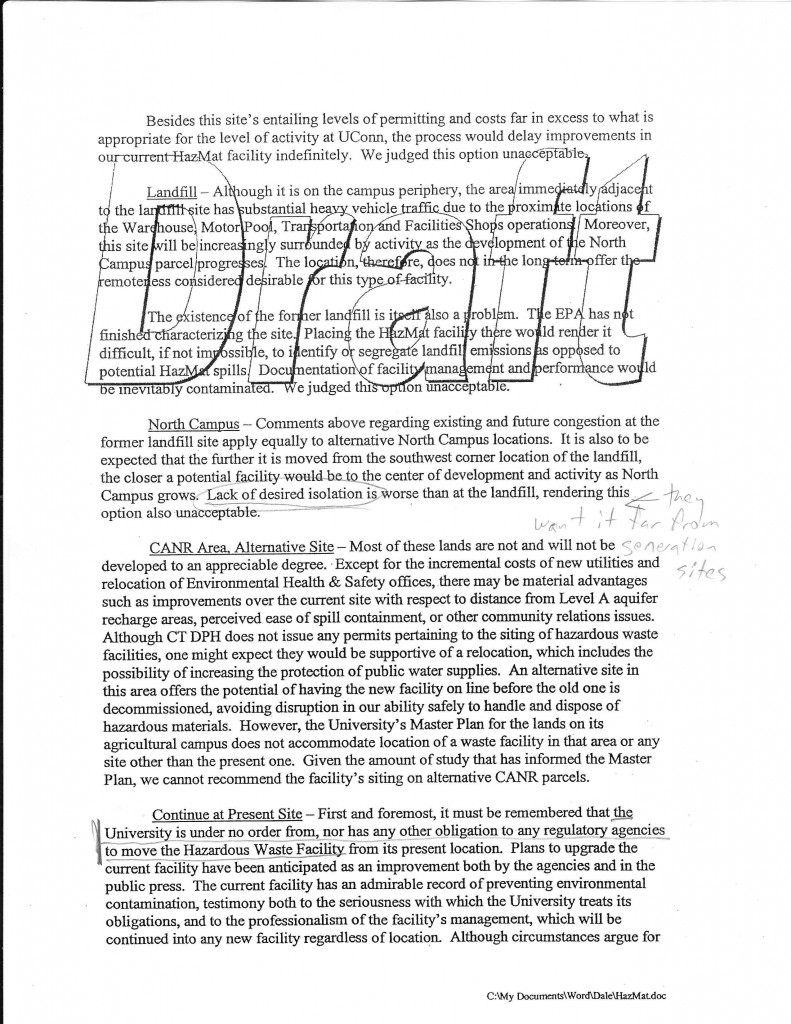 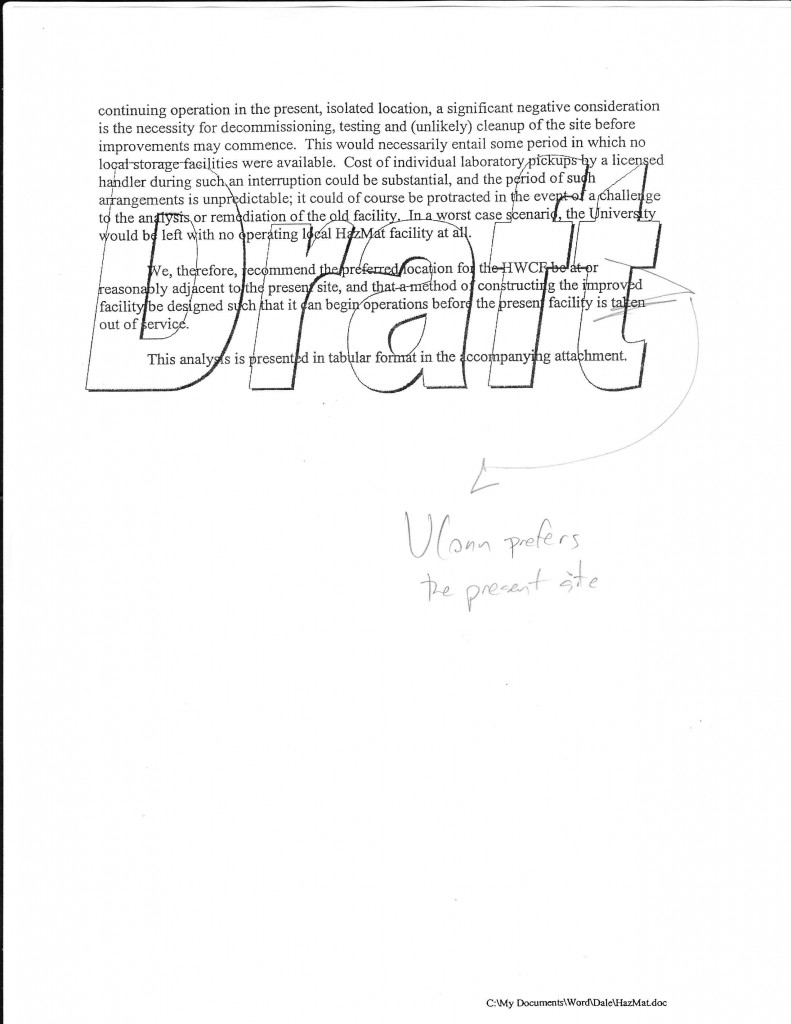 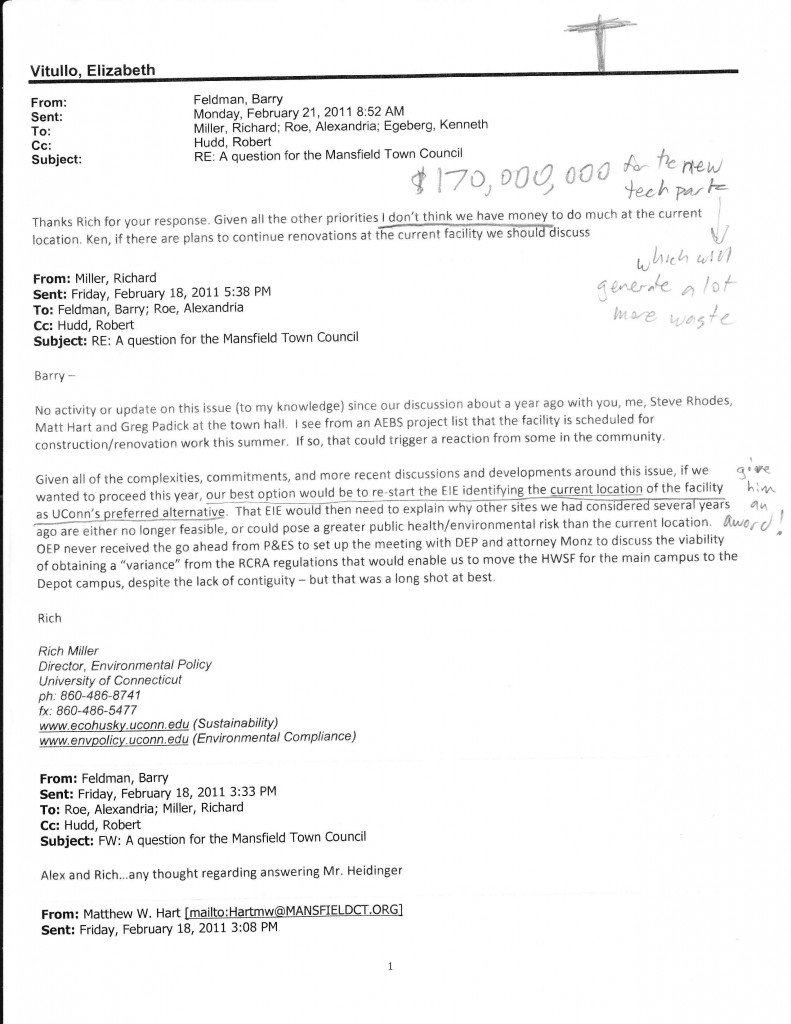 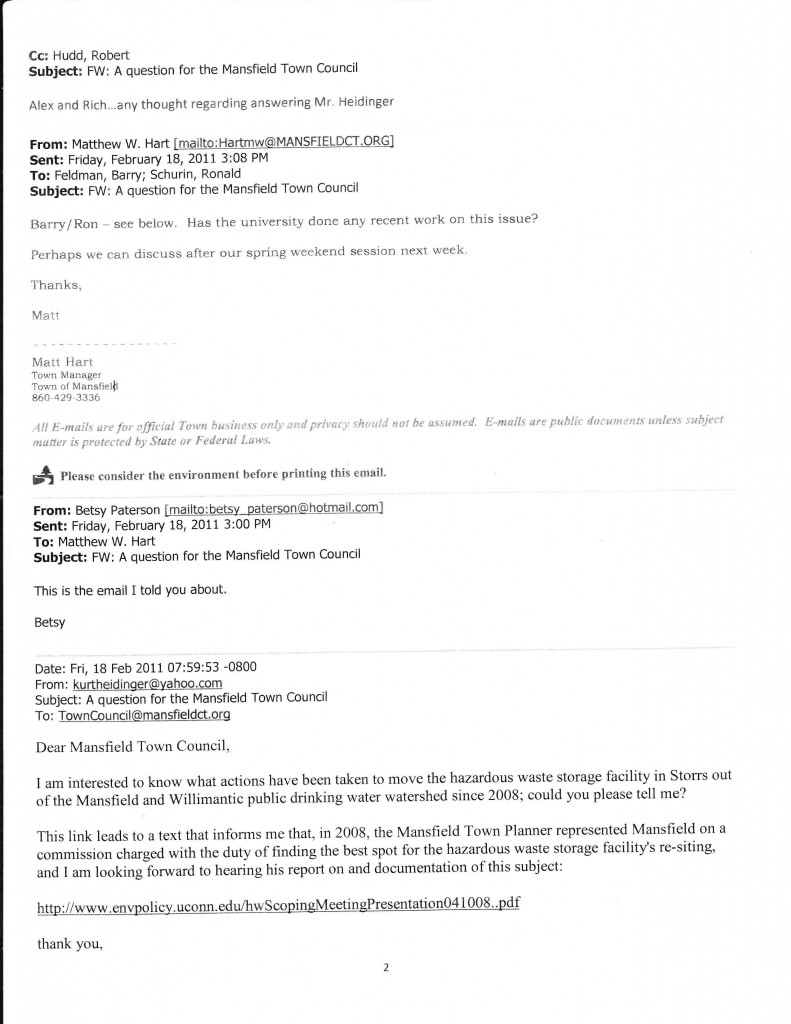